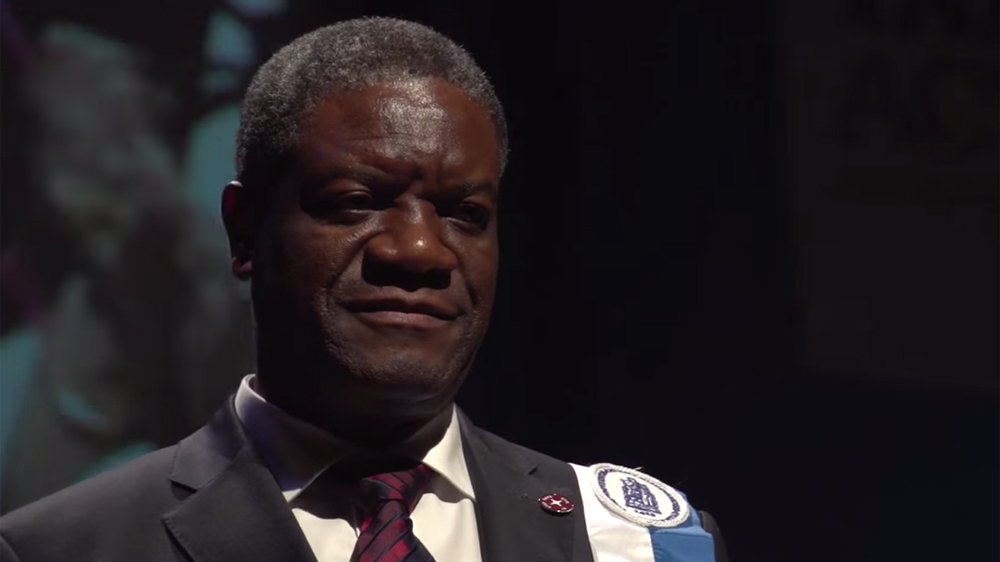 The Democratic Republic of Congo has banned a film about Congolese surgeon Denis Mukwege, who has treated thousands of women raped during conflict, the government said.

Belgian film maker Thierry Michel’s movie, “The Man Who Mends Women,” follows Mukwege’s efforts to repair the physical and psychological injuries of the victims of sexual violence by armed forces and militia groups in eastern DRC.

“I have decided not to approve this film,” Lambert Mende, the DRC’s media minister, told the AFP news agency in Kinshasa, confirming a claim by Michel.

“There is a clear intent to harm and sully the image of our army and no country in the world could tolerate it. That is why we have banned the showing of the film here.”

In May 2014, Mukwege, 59, was awarded the Sakharov prize, considered one of Europe’s most prestigious human rights prizes, for helping thousands of gang rape victims. It is reported that since 1999, Mukwege has saved the lives of more than 40,000 women, many of whom suffered brutal sexual assault, including gang rape by soldiers and militias.

Michel said he had previously been told by Congolese authorities that the film would be approved.

He said it was “unfathomable” that Kinshasa had banned it despite the fact that it had been widely shown around the world for six months.

The film follows the activity of gynaecologist Mukwege in the Panzi Hospital he founded in 1999. He has run the facility in the South Kivu city of Bukavu while operating on several rape victims each day.

Sexual violence is endemic to conflict zones, but the DRC has been described as one of the worst places on Earth for women.

A United Nations representative for Sexual Violence in Conflict has dubbed the DRC the ”rape capital of the world”. In 2011, a report claimed that around 48 women were raped every hour in the country.

Militia often use rape to terrorise the local population, though members of the army are also known to have undertaken regular waves of mass sexual assault.

In November 2012, Congolese soldiers went on a 10-day rampage in the town of Minova in south Kivu. It is estimated that around 1,000 women, children and men were raped during those 10 days.