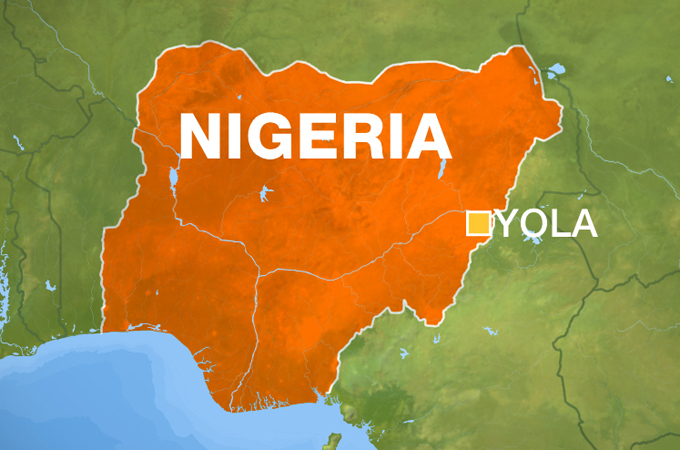 At least seven people have been killed and 20 others injured in a blast at a camp for internally displaced people on the outskirts of the Adamawa state capital Yola in northeastern Nigeria, state emergency agency officials have said.

Friday’s blast is believed to be the first attack on the Malkohi internally displaced persons (IDP) camp near the Adamawa state capital, Yola, said Saad Bello, a National Emergency Management Agency (NEMA) coordinator for the state.

Another NEMA spokesperson, Manzo Ezekiel, told Reuters that the blast occurred in a school inside the camp.

“The bomb blast was around where the newly arrived (internally displaced people) IDPs were staying in a tent,” Ezekiel said.

“We received additional IDPs from Cameroon…Some arrived yesterday. They’ve been arriving since Sunday and they’re distributed across three camps.”

The Adamawa state governor, Jibrilla Bindow, was reported as telling a meeting of northern governors that some of the many children at the camp were among the dead.

Adamawa state was hosting over 250,000 displaced people earlier this year in and around Yola, and also received many women and children freed by Nigerian troops from the armed group Boko Haram.

Several cities in Adamawa also took in thousands of Nigerian refugees from Boko Haram attacks who were evicted from Cameroon last month.

Camps for internally displaced people are spread out in Adamawa, Yobe and Borno states, which have been hardest hit by Boko Haram’s insurgency.

The group had seized a large swath of northeastern Nigeria until earlier this year when a multinational army drove it out of towns and villages.

There was no immediate claim of responsibility for the bombing.