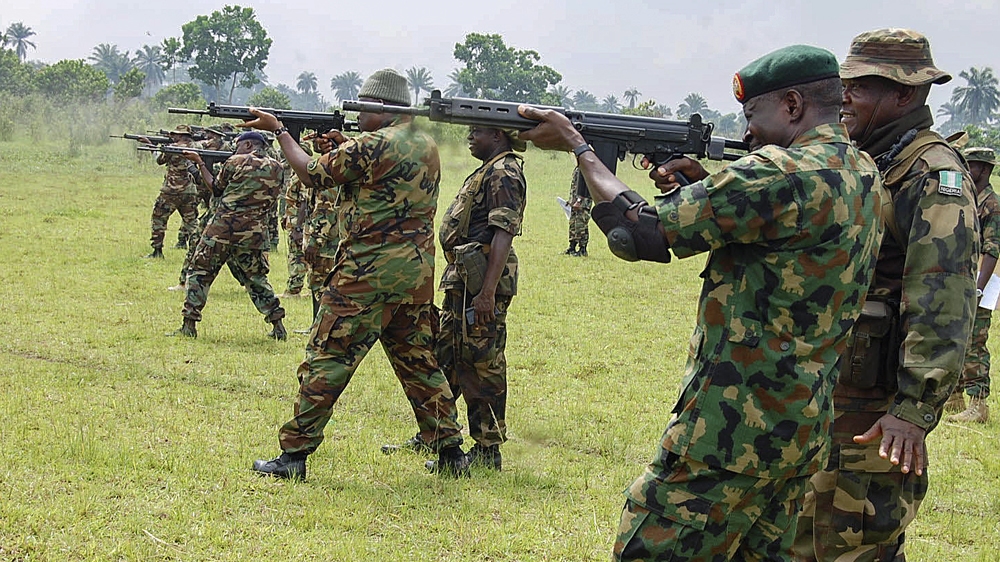 At least 54 people were killed in a series of blasts in the northeast Nigerian city of Maiduguri, police said, the latest attacks by Boko Haram armed rebels on “soft” civilian targets.

The attacks on Monday targeted the Ajilari Cross evening market area and neighbouring Gomari, hitting worshippers at a mosque and football fans watching a televised match.

The army and rescuers said the explosions were caused by homemade devices, but one local and the police said a female suicide bomber also blew herself up.

Locals however, put the death toll at at least 21.

The blasts — the latest to hit the city in the six-year armed campaign — came after Nigeria’s army claimed the rebels were in disarray.

But Boko Haram’s shadowy leader Abubakar Shekau denied the group was a spent force, describing the military claims as “lies” in an audio recording published via social media on Saturday.

The explosions also followed a warning from Nigerian President Muhammadu Buhari that “conventional” Boko Haram attacks were decreasing but that suicide and homemade bomb outrages could continue.

Army spokesman Sani Usman said the blasts, which locals believed could have been aimed to distract security forces to enable an attack on the city, “signify (a) high level of desperation on the part of the Boko Haram terrorists”.

Bashir Ibrahim, who lives in the densely populated Gomari area, near Maiduguri airport, said there were “four separate blasts that went off simultaneously.”

At least six people were killed in the first at Ajilari Cross, which in May came under heavy shelling from Boko Haram fighters.

The second injured 14, including children hawking goods at the scene but no-one was killed, he added.

Witness Faruq Ali, a trader, said the third bomb exploded at a mosque not far from the Binta Sugar area and may have been targeted by a woman wearing an explosives vest.

Markus John, a tyre repairer, said the fourth bomb exploded close to the mosque near a football “viewing centre”, where matches are shown to the public on a large screen.

Maiduguri, the capital of Borno state and the birthplace of Boko Haram in 2002, has been the epicentre of the six-year-old insurgency and repeatedly attacked since Buhari assumed office.

Overall, the violence has left at least 17,000 dead since 2009, according to Amnesty International, while the UN estimates that more than two million have been made homeless in the same period.

Apart from suicide and bomb attacks in Nigeria, the rebels have also carried out deadly cross-border raids in neighbouring Chad, Cameroon and Niger.

A new 8,700-strong regional force comprising all four countries plus Benin is set to deploy against the armed groups.