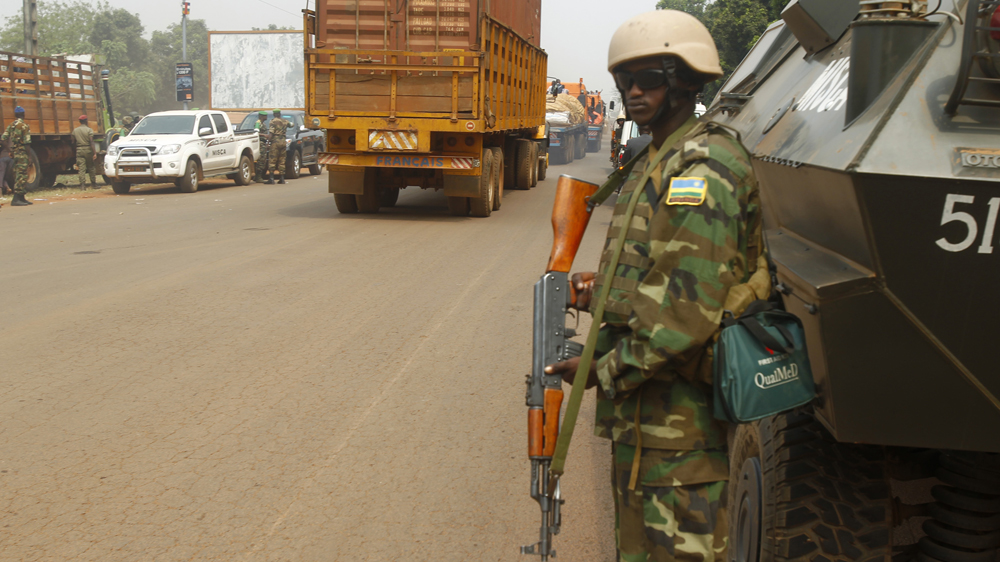 Renewed violence between Muslim and Christian communities in the Central African Republic has killed at least 36 people and wounded at least 80 more, according to hospital workers.

Sporadic gunfire could be heard in the capital, Bangui, on Monday, with journalists also citing multiple reports of widespread looting in the city, suggesting that tensions that began on Saturday had yet to subside.

On Sunday, Doctors without Borders (MSF) said in a statement that their teams working in the city’s Mpoko camp, Castor hospital and Hôpital General had been pressed to activate mass-casualty plans to cope with an influx of the injured.

Emmanuel Lampaert, MSF head of mission in Central African Republic, said: “It’s very sad to see violence of such a scale occur once again, as we haven’t experienced anything like this since October last year.

“All our teams in Bangui were mobilised and have worked intensively to provide care to those who were wounded. We continue to monitor the situation closely in case violence would erupt again.”

Ousmane Abakar, a Muslim community leader, said fighting began early on Saturday as Muslims attacked a Christian neighbuorhood in Bangui after the body of a Muslim man was left near a mosque.

The government on Sunday announced a 6pm to 6am curfew to curtail the violence.

Earlier on Sunday, Christian anti-Balaka militia members were on the streets, retaliating for the previous day’s violence.

Sunday’s clashes were aimed at derailing elections scheduled to take place next month, the government said.

Soldiers from the UN peacekeeping mission, MINUSCA, fired tear gas at crowds in an unsuccessful attempt to clear the roads.

Thousands of Central Africans have died and hundreds of thousands remain displaced after two years of violence that erupted after mainly Muslim Seleka rebels seized power in the majority Christian country in 2013.

RELATED: Clashes force 5,000 to flee after beheading in CAR

Seleka abuses prompted reprisals by Christian “anti-Balaka” fighters that drove most Muslims from the south in a de-facto partition of the country.

Protesters alleged that UN and French forces did little to intervene in Saturday’s violence and called for the sidelined Central African army, the FACA, to assume responsibility for security.

“We are calling for a civil disobedience movement starting now and we demand the immediate redeployment, without conditions, of the FACA,” Gervais Lakossa, a civil society leader, said.

Anti-Balaka fighters armed with assault rifles and machetes were seen on Bangui’s streets on Sunday as many city residents fled their homes for protected displacement camps.

“The government asks the population not to cede to the manipulation of extremists who are seeking to set the country on fire to satisfy their selfish political ambitions,” Dominique Said Paguindji, CAR’s security minister, said on state radio.

Voters are due to elect a new president and parliament on October 18 to replace an interim government led by Samba-Panza.

Despite lagging preparations and the renewed violence in the capital, Paguindji said the polls would go ahead as scheduled.