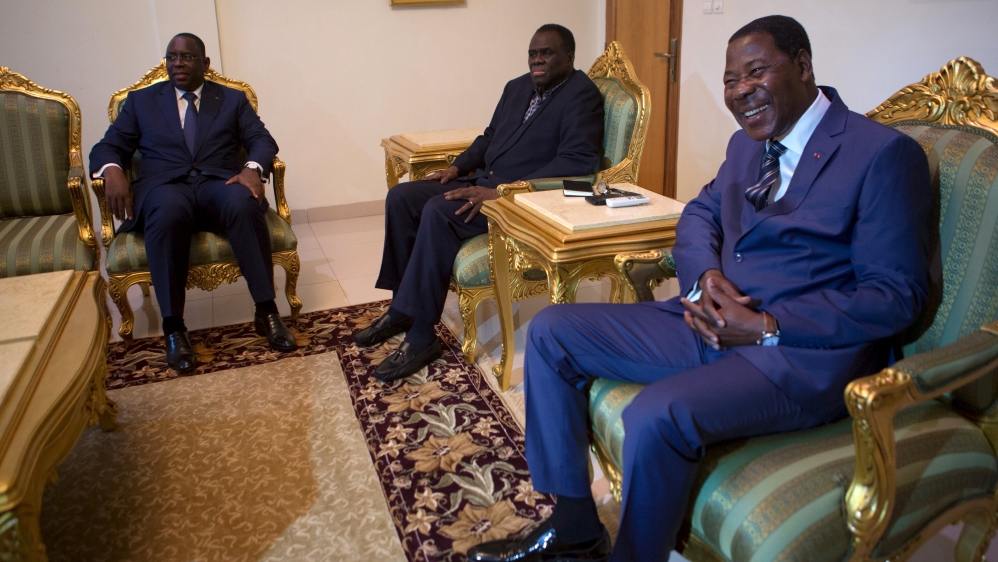 “We may hope again,” Boni Yayi said at a press conference after a third round of talks with Diendere late on Saturday.

“We are going to relaunch the transition that was underway – a transition led by civilians, with Michel Kafando,” he added, saying that more details of the “good news” would be provided on Sunday.

Soldiers from the elite presidential guard (RSP) stormed into a cabinet meeting on Wednesday and abducted President Kafando and Isaac Zida, the prime minister, disrupting a transition period due to end with polls next month.

Diendere, a former spy chief and close ally of Blaise Compaore, the former long-term president, was named junta head the next day.

It was not clear if the alleged deal included amnesty for Diendere or if the election schedule could be restored.

On Saturday the African Union suspended Burkina Faso and said it would impose sanctions on coup leaders if they did not restore the interim government and release its senior officials.