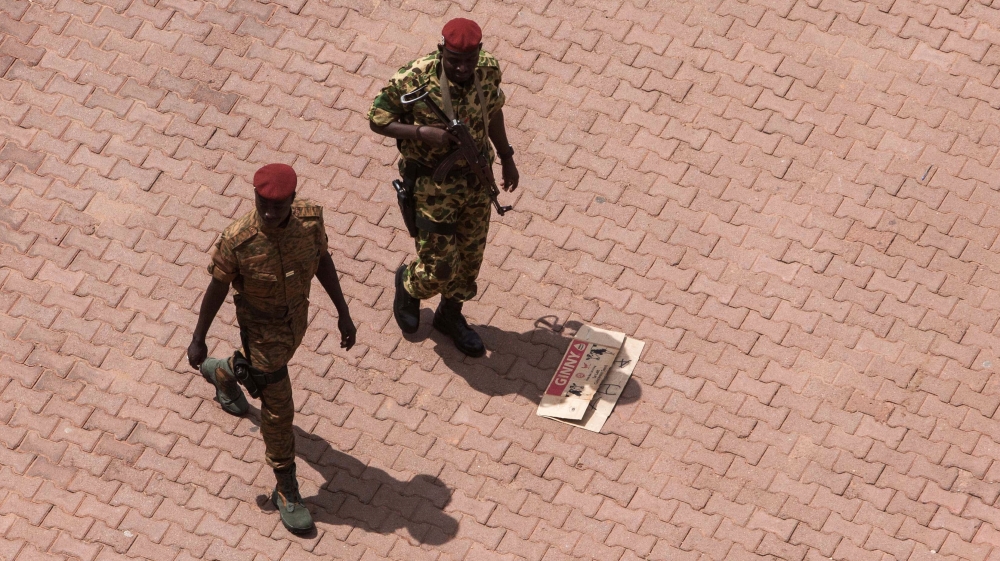 Burkina Faso’s cabinet has dissolved the elite presidential guard unit that took the interim president and prime minister hostage in a failed coup just weeks before elections, according to a series of decrees read on state television.

The government on Saturday also dismissed the minister in charge of security and created a commission to identify those responsible for the coup attempt.

The cabinet meeting was the first since President Michel Kafando was restored to power on Wednesday.

“Judicial prosecutions will immediately be engaged against the authors and accomplices,” state television RTB announced, according to the Reuters news agency.

The country’s attorney general also said it was moving to freeze the assets of those involved in the coup, the Associated Press news agency reported.

The cabinet also abolished the post of head of the president’s military council.

Eleven people were killed and 271 others were wounded in the wake of the coup as presidential guard soldiers clashed with anti-coup protesters on the streets of the capital Ouagadougou, according to an official government figure announced on Friday.

Before the coup, Burkina Faso was planning to hold elections on October 11, marking a return to democracy a year after demonstrators toppled President Blaise Compaore as he attempted to extend his 27-year rule.

It is not clear if the vote will still go ahead on schedule.

General Gilbert Diendere, Compaore’s former spy chief and right-hand man, said he staged the coup over the exclusion of several of the former leader’s allies from participating in the polls and plans to disband the presidential guard.

He apologised for the attempt after it failed.

Under a deal brokered this week between Diendere’s men and loyalist troops aimed at avoiding clashes in the capital, the presidential guard, or RSP, agreed to be confined to barracks.

“The process to disarm the RSP indeed began this Friday morning. The packing up of their weaponry started in the afternoon,” chief of the army General Pingrenoma Zagre said in a statement.