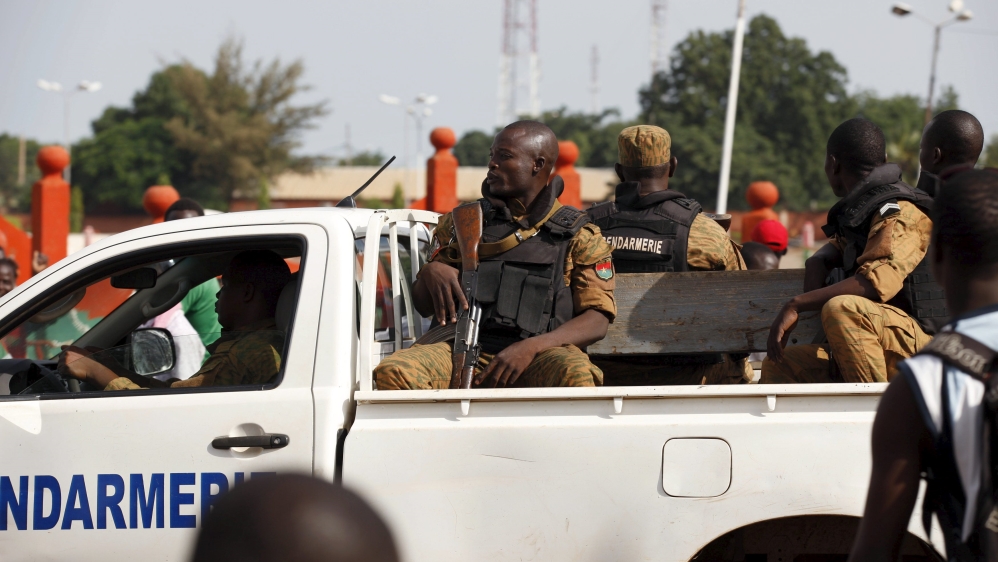 Burkina Faso’s coup leader says he will abide by a deal reached with top African mediators, but warned his men would defend themselves if attacked after the army entered the capital.

General Gilbert Diendere on Tuesday called for troops who entered Ouagadougou overnight seeking a surrender by his elite army unit to leave the city, the AFP news agency reported.

Earlier in the day, troops loyal to Burkina Faso’s deposed government said they were preparing to attack the Camp Naaba military base near the capital’s presidential palace, which is held by troops who staged a coup last week.

Loyalist troops have been massing in the capital on Tuesday and have told those behind the coup, which derailed a democratic transition process, to disarm and surrender by 10am (10am GMT) or face attack.

As the deadline expired, the ex-spy chief Diendere held a press conference, saying he was still in charge and that he was awaiting the outcome of a ECOWAS summit in Abuja, Nigeria, where African leaders were discussing developments in Burkina Faso.

“I’m not stalling for time. I’m within the time alotted to me,” he told a news conference, reiterating that he was still president of the National Democratic Council, as his group is known.

In an apparent olive branch, the coup leaders released interim prime minister Yacouba Isaac Zida, who had been held hostage since the revolt began, his adviser and another loyalist officer said.

Diendere and his presidential guard rebelled on Wednesday, raiding a cabinet meeting and detaining the president and other ministers.

The release of Zida came hours after army soldiers entered Ouagadougou without resistance.

After the announcement our correspondent said people were taking to the streets by the military headquarters to celebrate what they hoped meant the end to the coup and the chance of elections later this year.