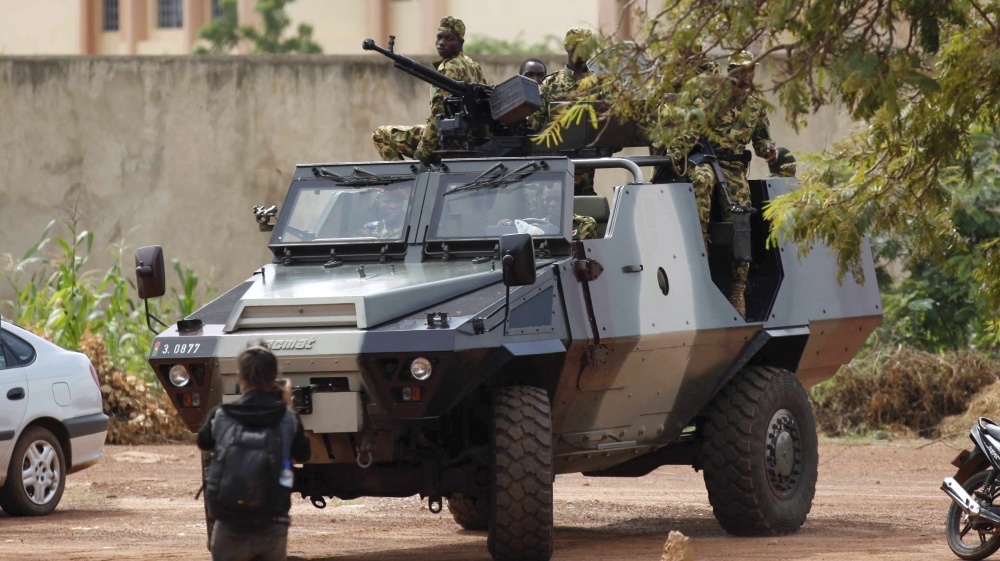 Troops loyal to Burkina Faso’s deposed government said they were preparing to attack the Camp Naaba military base near the capital’s presidential palace, which is held by troops who staged a coup last week.

Loyalist troops have been massing in the capital on Tuesday and have told those behind the coup, which derailed a democratic transition process, to disarm and surrender by 10am (10am GMT) or face attack.

As the deadline expired, ex-spy chief General Gilbert Diendere held a press conference, saying he was still in charge and that he was awaiting the outcome of a ECOWAS summit in Abuja, Nigeria, where African leaders were discussing developments in Burkina Faso.

“The presidential guard has locked down the presidential palace. They are out in full force. They have also positioned themselves around Burkina Faso’s public television and radio station which is currently running animal documentary.”

In an apparent olive branch, the coup leaders released interim prime minister Yacouba Isaac Zida, who had been held hostage since the revolt began, his adviser and another loyalist officer said.

Diendere and his presidential guard rebelled on Wednesday, raiding a cabinet meeting and detaining the president and other ministers.

The release of Zida came hours after army soldiers entered Ouagadougou without resistance.

Diendere, who is a close ally of deposed long-term president Blaise Compaore, already vowed to hand over power to a civilian transitional government.