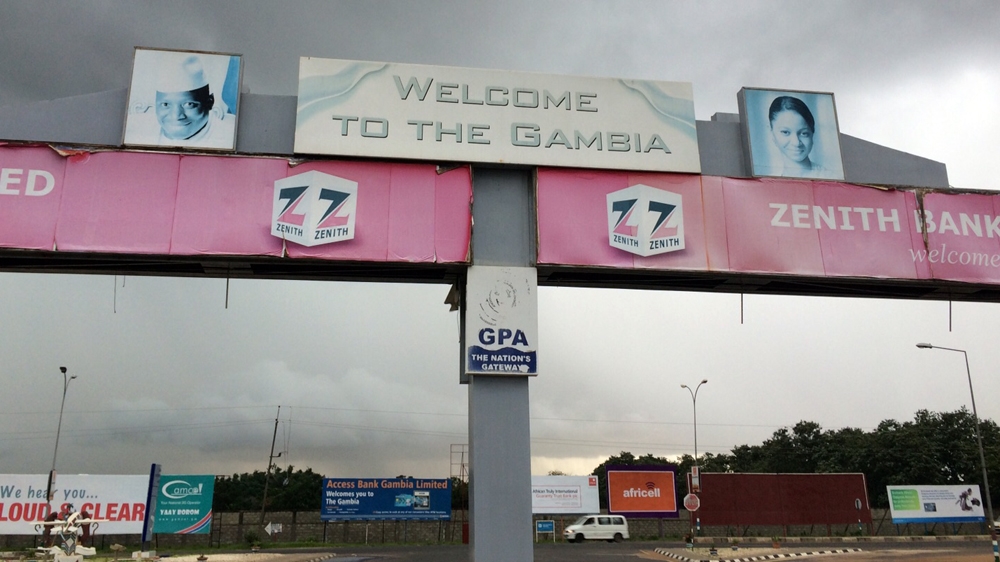 Unlike some of its West African neighbours, Gambia has enjoyed relative stability, portrayed in tourist brochures as an idyllic holiday destination.

But it’s also a country whose government is well known for intolerance to dissent.

Gambians have been imprisoned, exiled and even allegedly disappeared for being critical of President Yahya Jammeh and his government.

Our mission in the country was to objectively report on issues that affect Gambians: human rights; why thousands of young people are risking their lives to take the perilous journey across the Sahara desert and the Mediterranean Sea to reach Europe; government measures to empower and protect these young people; and an interview with Jammeh on his vision of transforming Gambia into a self- sustaining agricultural hub by 2016.

Some of the our stories would have told a completely different narrative from what is out there, that, despite the negative, ordinary Gambians are empowering themselves economically and socially.

Despite our enthusiasm to tell the Gambian story, we knew it would not be easy. Media freedom has been severely curtailed. Gambia is ranked 151 out of 180 countries in the 2015 World Press Freedom Index.

Naturally, the authorities are uncomfortable with international media. Al Jazeera has tried unsuccessfully to deploy journalists in recent years and it got worse after a failed coup in December 2014.

So when we finally got an official invitation from the Ministry of Information and permission to film, we thought that, maybe, things were finally changing in Gambia.

We entered the country without a hitch, had a very cordial meeting with the permanent secretary at the ministry, and were basically given the go ahead to start our work.

But then something changed. Our local fixer later informed us that there were new instructions not to film anything until we get permission directly from the president.

Later still, the ministry, through our fixer, told us that the president had, for some reason that we were not told, revoked our permission.

A source close to the minister told us that politics was at play. Those responsible for us were afraid that if we did something that displeased the president then they would probably lose their jobs and they did not want to take that chance.

What happened to us did not surprise Gambian journalists we talked to. They have had it much worse.

I spoke to a writer whose identity I won’t reveal because of security reasons.

He considers himself an independent journalist but also knows his boundaries, what he can or cannot report.

“Today is not as bad for journalists as it was years back, but the president is unpredictable and you never know what might happen,” he told me.

A radio journalist was recently charged with seven counts of false publication and sedition.

Many will tell you “Dekabi Dodeham” which means “in this country, you never know” in the local Mandika language. You never know whose listening.

I met Sainey Marena in neighboring Senegal. He left the Gambia in November 2014 after threats to his life.

In 2013, he had written a story on how members of the ruling party’s youth wing – “green youth” – had defected to the main opposition party.

He was arrested and charged with publication of false information but later acquitted after a trial that took 11 months.

Sainey now runs an online blog on governance and human rights in Gambia. Life in Senegal is tough for him.

“But at least here I am free to practice real journalism without fear or favour,” he told me.

The president has of late been sending reconciliatory overtures to his critics. In July he pardoned 249 inmates, including political prisoners.

It came as a surprise, because just weeks before he had been talking about carrying out death sentences.

He said that the release of the prisoners was the beginning of a new chapter, turning a new page.

He also reached out to Gambians in exile to return home, and recently added a new name to his rather wordy title, the “bridge builder” or “Babili Mansa” in the Mandika language.

Gambians I talked to are, however, skeptical of this new tone.

They told me that it will take more than just the word of President “Sheikh Prof. Alhaji Dr. Hajj Abdul James Junkung (AJJ) Jammeh Babili Mansa” to believe that he and his government is ready to rebuild burned bridges.

The post Being a journalist in Gambia appeared first on African Media Agency.

Cameroon: Big donation from Fomunyoh and Partner to Physically Challenged in Kumba