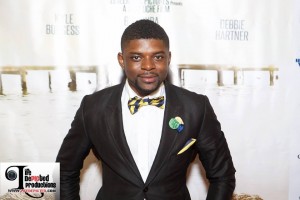 Kang Quintus[/caption] Being an undocumented immigrant is often times  miserable, in the midst of that you are diagnosed with cancer and with no health insurance , how do you cope? Get the answers from REJECTED, the latest production from Quinsia Films and Award winning actor Kang Quintus. Set to premiere on October 24th, the movie offers insight into the untold stories and traumatic experiences that many illegal immigrants go through when it comes to health care in the USA. “This has been my most challenging project so far,” said Kang in an interview with PAV on the movie and the upcoming premiere. A lot of people will relate to the experiences as there originate from a real life story, says Kang, who assembled an international cast for the movie. The World Premiere of your latest movie REJECTED is set for October 24, what is this latest movie about? “REJECTED” is the story of KUM – an undocumented immigrant who is diagnosed with cancer in the most powerful nation on earth (USA). Undocumented with no social security and health insurance, he is rejected by the system and left to die. His struggle for survival takes him into a soul searching process which stirs up extraordinary capabilities in him that he never imagined. “REJECTED” is a movie that will serve as a voice for the voiceless. A voice for a lot of immigrants in this country who are going through similar situations. What message does REJECTED send and is it just another work of fiction or it ties it with daily realities people live today? 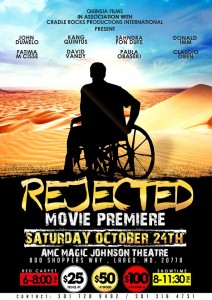 “REJECTED” is a story that a lot of people will relate to. It is a real life story but I added a little bit of fiction to it, to create some suspense and adapt it to the screen. A lot has been said and written about medical insurance in the USA but there is also the need to look at it from the angle of undocumented immigrants. What happens when you are undocumented and you get diagnosed with a deadly diseases? These people have no jobs or are probably doing underground jobs to survive. They barely struggle to provide for themselves or their families and most of them have no medical insurance or social security. When they are diagnosed with a deadly disease like cancer, what happens? This and many more would be answered in REJECTED. Can you introduce the cast of the Rejected for us? The main cast of REJECTED are: John Dumelo, Kang Quintus, Sahndra Fon Dufe, Donald Imm and Fatima M Cisse. So the cast is international, people from different nationalities and racial backgrounds, how important is this in helping movies like Rejected break into new markets? We wanted this movie to have a multinational cast because it is a story that everyone would relate to, be it; White, Black, Hispanic, Asian etc. REJECTED is an International movie with a diversified cast. Hopefully this will act as a springboard to help us break into new markets. How long did it take to complete the movie and what were some of the challenges that you faced? I must confess that this is my most challenging project so far. It took us about 4 months to complete the filming of “REJECTED”. When we picked up the script, we had a very huge vision for the movie but our resources were limited. We wanted “REJECTED” to match up with many International films or Hollywood films but our financial resources were limited.  It is all thanks to God and to a strong and dedicated team that we were able to complete the filming of “REJECTED”. The trailer we see looks exciting and there is no much difference between the trailer of REJECTED and Hollywood trailers. What strategy will you use in terms of promotion and marketing after the premiere? We have a very strong marketing plan for the film after the first official screening on Oct 24. Hopefully and by the grace of God “REJECTED” will be on Netflix and other distribution channels. On the world Premiere itself, any information on the venue, formalities and side attractions that fans would be treated to? https://www.youtube.com/watch?v=87S-FPK_Vo8 We are inviting everyone in the USA or CANADA to come have fun with us during the screening of “REJECTED” on October 24, 2015 at the AMC Magic Johnson Theatre in Largo, 800 Shoppers Way, Largo MD 20770. Red carpet will run from 6PM to 7:50PM and the viewing of the film will begin at 8PM. What next for Kang Quintus after Rejected? Any other projects for the rest of the year? We are just getting started. We have a lot in store for our fans and for the world. You will be the first to receive the press releases for our future projects as soon as they become available. Thanks you much for granting this interview Sir. No, thank you for giving me the opportunity. I am very humbled. Keep up the good work PAV and God bless the entire PAV team *Tickets for the premiere of Rejected are available online]]>