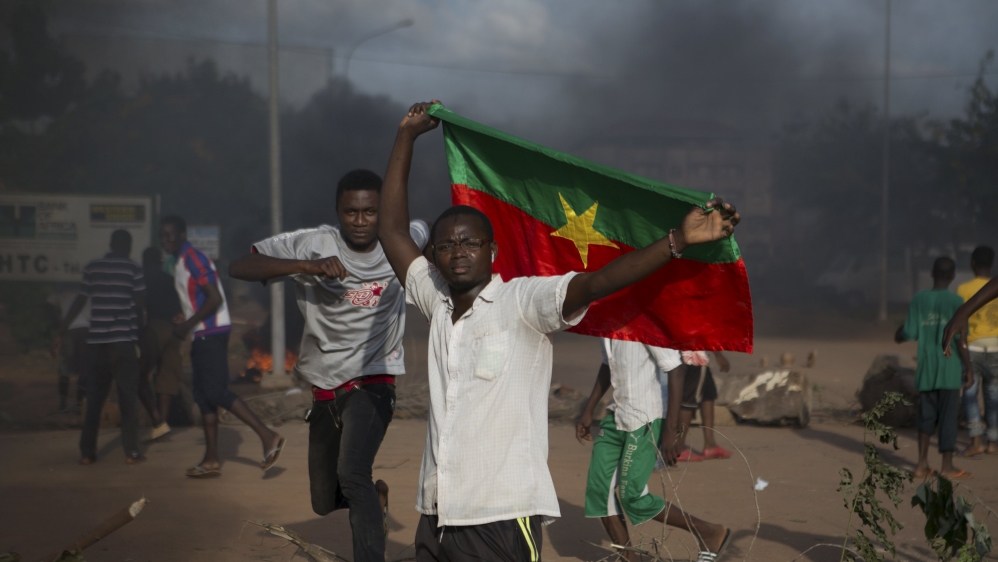 The African Union says it has suspended Burkina Faso and will impose sanctions on coup leaders if they do not restore the interim government and release its senior officials.

Soldiers from the elite presidential guard (RSP) stormed into a cabinet meeting on Wednesday and abducted President Michel Kafando and Isaac Zida, the prime minister, disrupting a transition period due to end with polls next month.

“Council decides to suspend, with immediate effect, the participation of Burkina Faso in all AU activities,” the statement said, adding that members of the RSP linked to the kidnappings would be held legally accountable for their actions.

Burkina Faso, whose citizens toppled Compaore last year as he sought to extend his 27-year rule, had been seen as a model by pro-democracy campaigners across sub-Saharan Africa.

The coup has been condemned by the US, former colonial power France and the UN.