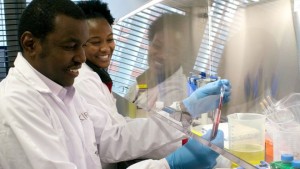 The new fund is intended to back Africa-focused research[/caption]

A new fund has been launched for African science, amid concerns that research is too Western-focused.

A lack of investment may threaten Africa’s development, say backers of the Alliance for Accelerating Excellence in Science in Africa (AESA). To address this the AESA will provide an estimated $100m (£65m) for Africa-focused research. It is also hoped that African governments will invest 1% of GDP in scientific work. The AESA was created by the African Academy of Sciences with the financial backing of the Wellcome Trust, the Gates Foundation and the UK government. Mauritian President Ameenah Gurib-Fakim, who helped launch the fund, told the BBC that the priorities for donor-backed research had often been set by people outside the continent, meaning that some African issues have not been addressed. [caption id="attachment_20560" align="alignright" width="300"] 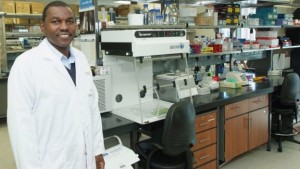 Thumbi Ndung’u will get $11m to help his research into TB and HIV at the KwaZulu-Natal Research Institute[/caption] She said that the continent’s future depends on boosting African research. “We need to be able to set our own agenda,” she added. To start with the AESA will be supporting the work of seven African researchers across the continent. These include Zimbabwe’s Dixon Chibanda who is trying to tackle the lack of mental health provision in his country, and South Africa’s Thumbi Ndung’u, who is researching how best to deal with tuberculosis and HIV on the continent. Researchers from Ghana, Mali, Uganda and Kenya are also being backed by the new fund. *Source BBC]]>