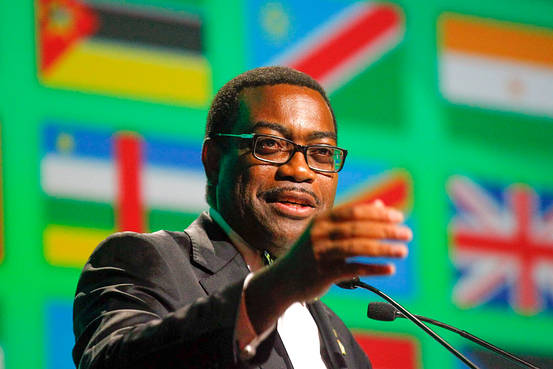 Newly-elected President of the African Development Bank Akinwumi Adesina at the closing of the African Development Bank’s 50th anniversary forum in Abidjan, Ivory Coast. European Pressphoto Agency[/caption] Akinwumi Adesina, the former Nigerian Agriculture Minister, takes over this week as president of the African Development Bank. In an exclusive interview with WSJ Frontiers, Adesina lays out his vision for the bank, which includes providing rapid assistance to African nations hit hard by the slowdown in China’s economic growth. Expectations are high for Adesina, who has a reputation for tackling ambitious projects. Alain Ebobisse, global head of the IFC’s InfraVentures arm, is among those with high hopes. “I am hoping under [Adesina’s] leadership, AfDB, working with others, will catalyze big things in Africa, particularly in the infrastructure space,” Ebobisse says. Central to Adesina’s plan for the bank is his belief in Africa’s potential: “Africa must think big. We can’t afford to have low aspirations for Africa.” WSJ Frontiers: What will be the key issues you want to address as you take over at the bank? Adesina: The number one issue is energy. Today in Africa most of those who have access to electricity are high-income households. Yet you have 630 million people today without electricity at all. You see factories that can’t work, SMEs that can’t operate, farms that can’t run irrigation, schools that can’t provide basic education facilities because they have no access to electricity. These are the drivers of prosperity. My number one priority will be to power Africa, and to light up Africa. WSJ Frontiers: How will you do that? Adesina: We have to make sure Africa uses and optimizes all the energy potential that we have. The potential is mind-boggling. In terms of solar potential, we’re talking about 11 terawatts. In terms of hydro we have about 350 gigawatts potential. Wind power, we have 110 GW potential. To unlock this potential you have to be bold. We will use global and regional partnerships and the private sector. The bank will engage and lead from the front. WSJ Frontiers: What about agriculture? Adesina: Agriculture is the bane of Africa’s economy. Most of our people—70% of the population—rely on agriculture for their livelihood and 65% of all the arable land left in the world is in Africa, but it’s underutilized. We have to unlock that potential and generate new income streams for literally hundreds of millions of people in rural areas. Doing that will create jobs and balanced economies and reduce our dependence on imports. This is crucial. Being able to feed itself and to have value-added agro-industrial development will allow Africa to have more-resilient economies, which will give it more fiscal stability. WSJ Frontiers: Do you plan any structural or operational changes at the bank? Adesina: We will make sure we can leverage our balance sheet more, in particular creating risk guarantees that will enable the private sector to deploy capital. We’ll do more in terms of equity investments that will allow us to push the envelope on investment from the private sector. We will continue to make sovereign loans, but also help our countries to mitigate the risks of exposure they have from our giving them these loans. Most of the money that will push these things is actually in the countries. Africa has total discovered natural resources worth $82 trillion. Money is there, it’s really how we harness those resources. WSJ Frontiers: How concerned are you about the turmoil in China and the decline in prices of oil and other commodities—and what can the AfDB do to help? 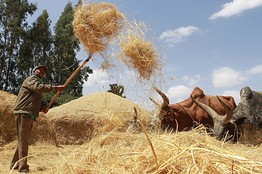 Adesina: The tumble in China’s stock market has brought down the price of industrial commodities on which a lot of African countries depend for exports. Clearly this will have an impact on their revenues. We can help them to manage volatility and provide them fiscal support. We have to prioritize that very quickly. We should also help them diversify their economies. I see the bank getting more involved in trade finance, to help facilitate the growth of exports to other countries. You will see a lot of effort from us in helping countries to strengthen their public financial management and revenue generation to broaden their fiscal space. WSJ Frontiers: You’ve talked before about the perils of inequality. What can be done to ease that problem? Adesina: Inequality between countries and within countries remains a big priority of mine. The incomes of the upper quintile of people in Africa are 11 times that of the bottom quintile. The income of the top five countries in terms of GDP is 30 times those at the bottom of the ladder. We have to integrate countries so they’re all resilient and growing together. WSJ Frontiers: How can you achieve that? [caption id="attachment_20339" align="alignleft" width="262"] 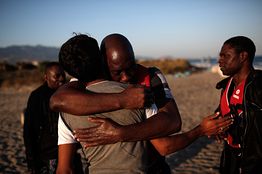 A migrant from Gambia embraces a friend in Kos, Greece, after arriving in a small boat from Turkey. Agence France-Presse/Getty Images[/caption] Adesina: A key focus is financial inclusion. Promoting innovations that allow us to build credit, savings and insurance products for low-income households will help drive inclusive growth. We’ll also focus on regional financial market integration and advancing Africa’s financial market architecture to ensure we harness private capital and [strengthen] bond and equity markets. WSJ Frontiers: Inequality and unemployment are causing a rising tide of migration from Africa to Europe. Can the AfDB help mitigate the crisis? Adesina: Youth unemployment is a total crisis. Africa’s heartland is bleeding and people are leaving the continent at great risk. We are going to work very actively with our country partners to develop a major jobs agenda for Africa. As we fix the energy issue, as we get agriculture working and address financial inclusion, we will create jobs. In addition, we will partner with Europe and with other countries to make sure we create jobs in Africa rather than having this tide of young migrants we see creating this crisis in Europe today. WSJ Frontiers: How does AfDB fit into the broader development-finance institutions (DFI) network? Adesina: I want the AfDB to be the development bank of choice in Africa but I don’t think we’re in competition—we’re complimentary. The bank’s role is to be Africa’s voice on development, bringing everyone’s attention to the critical issues. *Culled from WSJ]]>