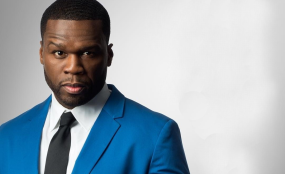 U.S. rapper 50 Cent.[/caption] US rapper 50 Cent has posted a film onInstagram showing his new house in Africa even though he has filed for bankruptcy in the US. He said on the post: “My crib is almost finished in AFRICA. I’m gonna have the craziest House warming party ever.” In July he filed for bankruptcy days after a jury ruled he had to pay $5m to a woman suing him over a leaked sex tape. Forbes estimated in May that 50 Cent’s net worth was $155m. [caption id="attachment_20528" align="alignright" width="300"] 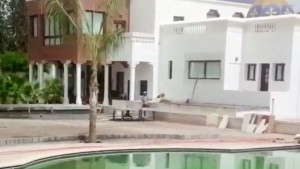 The video showed workmen sweeping up by the pool[/caption] He doesn’t mention on Instagram where in Africa the new house is located, saying only: “I’ll explain later. I got a good life Man.” The video shows people working outside the house but gives few clues to its location. Reaction across the media and Twitter has been that of surprise given he had filed for bankruptcy. The entertainer, whose real name is Curtis James Jackson III, said at the time that filing for bankruptcy was a “strategic business move”. Chapter 11 bankruptcy gives time for a business to re-organise finances while protecting it from creditors’ demands. *Allafrica/Daily Trust]]>