When a 28-year-old Master Sergeant took power in 1980, he set in motion a series of events that reverberates in Liberia to this day.

In 1980, Samuel K. Doe, a 28 year-old Master Sergeant, assumed power in Liberia in a blaze of glory. In a surprise night-time attack on the Executive Mansion overlooking the Atlantic Ocean, Doe and his accomplices brutally murdered President William R. Tolbert Jr, ending 133 years of rule by black American settlers and their descendants (known as Americo-Liberians).  Having discarded with Tolbert, Doe became Liberia’s first president of “exclusive indigenous heritage”.

In the subsequent decade, President Doe inflamed ethnic politics and eked out a suspiciously close victory in the 1985 elections, before he met an even less dignified end than his predecessor.  At the end of the Cold War, his previously unwavering support from the US evaporated and, as Liberia erupted into civil war, Doe was left vulnerable. Nine months into the conflict on 9 September, 1990, Doe was captured on a visit to the recently deployed ECOWAS Monitoring Group (ECOMOG) in Monrovia.

Hours later, he was dead, though Liberia’s civil war would continue for another 13 long years. In his last hours, Doe was stripped to his underwear, interrogated on film, and his ear was sliced off.  Rebel leader Prince Johnson nonchalantly presided over the affair.

Today, exactly 25 years after Samuel Doe’s bloody death, his legacy continues to reverberate in Liberia. Prince Johnson, for instance, is today a Liberian Senator, while a range of actors tied to Doe’s overthrow, including current President Ellen Johnson Sirleaf, remain prominent in politics.

Although he has been gone for a quarter of a century, Doe set in motion a chain of events that continue to make their impact felt across the nation he once led.

Doe came to power in 1980 by virtue of being the highest-ranking of the coup members and began his reign in brutal fashion. Ten days after President Tolbert met his brutal end, thirteen of the most senior officials of the Tolbert government were stripped down to their underwear and publicly executed on a Monrovia beach.

Doe’s new government briefly flirted with Libya, before aligning firmly with the US.  This position was rewarded with massive foreign assistance from the administration of President Ronald Reagan and a state visit to the White House in 1982. Furthermore, until 1985, Liberia was the largest per capita recipient of US aid in sub-Saharan Africa, receiving more assistance from the US in 1981-1985 than over the entire previous century – though by the time rebels Charles Taylor and Prince Johnson moved to overthrow Doe at the twilight of the Cold War, this support had evaporated.

Before that, however, Doe won fraudulent elections in October 1985 and then, just a month later, faced a major coup attempt led by a former comrade. Doe survived the failed overthrow, but this tumultuous period caused domestic political calculations to change greatly.  The army quelled an uprising soon after and proceeded to launch reprisals and perpetrate human rights violations against the Gio ethnic group, which was seen as widely supporting the coup.  By 1990, forces under Doe were committing ever greater atrocities and primarily consisted of members of his own Krahn ethnic group.

Doe’s decade-long rule is often remembered for these atrocities, but he also has some defenders. For instance, William K. Glay, Sr. a Liberian politician who was a cousin and former advisor to President Doe, claims that many of the most egregious atrocities under Doe’s watch, such as a massacre at a Monrovia church, were perpetrated by undisciplined commanders.

In fact, Glay lauds his kinsman for constructing roads, a new national archives, military barracks, sports stadiums, and police stations during his presidency.  He told African Arguments that one of Doe’s greatest achievements was the construction of a range of government ministries – prior to Doe’s presidency, most government ministries were housed in buildings leased out by well-connected Americo-Liberians.

However, while many Liberians recognise the infrastructural achievements of the Doe government – most of which were laid to waste by the civil war – many blame him for introducing ethnic politics into the country’s governance, the consequences of which still linger today.

25 years after his demise, Doe’s party, the National Democratic Party of Liberia (NDPL), is no longer a major political force. It did elect two senators in the first post-war election in 2005, and its presidential candidate, Winston Tubman, placed fourth in a large field. But the party was deregistered in May 2014 and according to Tubman, “the reason I didn’t do better [in the 2005 elections] was because of the stigma the NDPL carried”. He adds that NDPL sympathisers today are dominated by the Krahn.

Looking back on Doe’s rule today, not all Liberians see the man himself with malice. In fact, even Winston A. Tolbert, the son of the president that Doe deposed, says that “in [our] family we don’t hold anything against Doe or his family…[Doe] was just a pawn in a big game…he was just executing a plan that someone gave him.”

Tolbert suspects that both his father and Doe were the targets in this ‘big game’, removed from office as a result of pressures from the US government.

Youth such as Sally Gaye, the Public Relations Officer of the Grand Gedeh University Student Union and an ethnic Krahn, continue to hold Doe in high regard.  She refers to the former president as “one of the best leaders”, adding that “Those that have degrees [the two leading candidates in the last presidential election both held degrees from Harvard University] are not even half as good.”

Nevertheless, Doe’s time in office is more commonly seen as a dark period in Liberia’s history, and his ten years at the helm as well as the civil war that began under his reign continue to cast a long shadow on events in Liberia today. The country appears unable to develop new leadership untainted by the war and as Jeremy Swen, a youth activist, notes, “there was nepotism, corruption in the Doe government and it still continues in today’s government.”

Several destabilising factors are presently converging. The UN Mission in Liberia is expected to transition full security responsibilities to the government next year, while in 2017, President Sirleaf is constitutionally required to step aside for her successor.

Elwood Dunn, a Tolbert minister and leading Liberian scholar, notes that despite Sirleaf’s recent attempts to go “to great lengths to spell out her own ethnic identity, distancing herself in the process from her settler-Liberian benefactors”, Doe remains Liberia’s only president of “exclusive indigenous heritage”.

It is likely that Sirleaf’s legacy as Africa’s best known female head of state will be greatly shaped by the extent to which she can extricate herself from her support of the movement that sought to overthrow Doe.  In 2009, Liberia’s Truth and Reconciliation Commission (TRC) recommended that President Sirleaf be banned from holding political office for 30 years.  This recommendation, and many others, have gone unfulfilled – Dunn notes that Sirleaf “may leave the TRC report as a headache for her successor” adding that “she may view her role in Doe’s overthrow as a necessary one.”

Gaye and other Liberians believe that upon her retirement, Sirleaf will not be able to stay in Liberia due to her lack of popularity.  But as President Sirleaf and the Liberian people consider the future, their thoughts will return to the past and the events of a quarter century ago that will undoubtedly play a pivotal role in shaping the political calculations and emotions of the present. 25 years on, Doe’s presence is still felt in Liberia’s corridors of power.

*Source African Arguments.Brooks Marmon lives in Monrovia where he supports programmes to build accountability and transparency in Liberia for the Accountability Lab.  He tweets at @AfricaInDC. 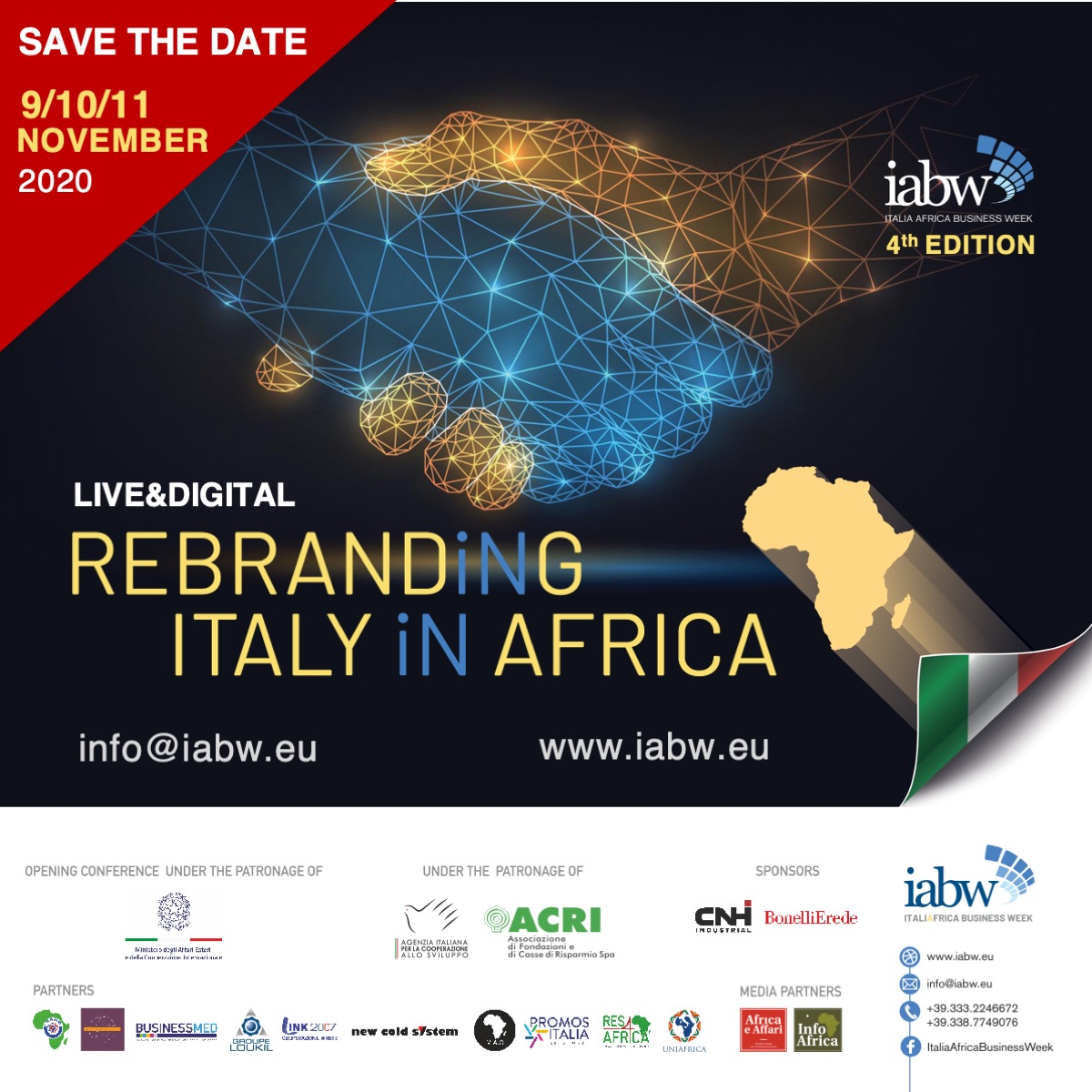 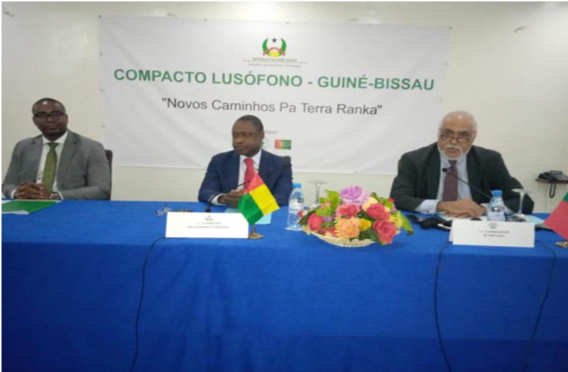 Pushing the Reset Button will not Change the Game