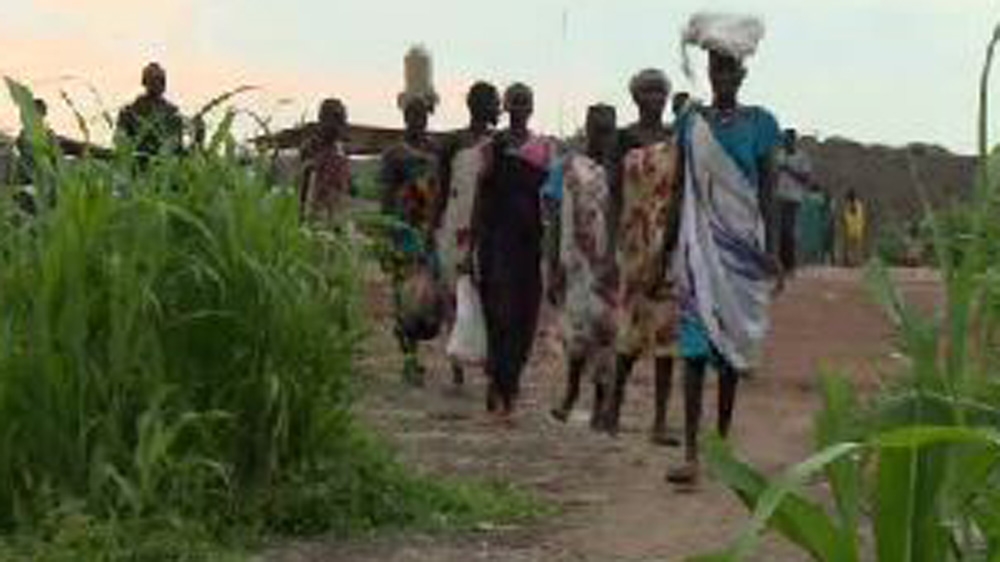 Bentiu, South Sudan – The displaced women of Bentiu have horrific stories to tell.

They came from villages in Unity State in South Sudan. When recalling home, one of the first things they’ll mention, and with pride, is that they owned cattle.

The greater the number of cows one owns, the higher the social status. The women described their lives as simply “happy and peaceful”.

But quickly our conversations turned to husbands and uncles, sons and neighbours who were killed or who they haven’t seen since the country’s almost 20-month civil war came to their doors.

Anna fled her village in May.

The 50-year-old woman says when South Sudanese soldiers arrived in her village, they treated her family and neighbours “like animals”.

She says they killed her husband when he was trying to protect their cattle, shot her six-year-old stepson in his bed and gang raped her and her daughter.

When I asked if she tried to plead with the soldiers to show some humanity she said, “If you opened your mouth, they would kill you”.

She told me she spent five days at the mercy of soldiers thinking, “there was no God if something like this could happen”, but telling her six children, that “they would be safe again when they arrived at the UN Mission in South Sudan”.

She says before the soldiers left her village they burned her home, making sure to also burn the family’s supply of sorghum.

Then, what was left of Anna’s family began their almost week long walk to safety at the displacement camp in Bentiu.

But arriving at the camp doesn’t mean an end to the violence for everyone – certainly not for Mary, a 24-year-old woman who hoped to become a doctor, before war forced her to take her two small children to the displacement camp.

She hasn’t seen her husband since she left home.

If he’s alive and she reunites with him, she says she’ll tell him that she was raped, because he needs to know. But she says she will understand if he leaves her.

Like many women in the camp, Mary would walk into the bush to collect firewood to sell.

She says one day she and a group of women were gang raped at gunpoint by South Sudanese soldiers.

When I asked her why she thought the men hadn’t killed her she said, “We were almost as good as dead. After they did a bad deed and they leave you like that, you’re as good as dead. You’re useless. All that’s left is that they shoot us”.

Anna and Mary’s stories are not unique in the camp.

In fact, during our visit, the International Rescue Committee or IRC, held a meeting with some of the community leaders to address the growing number of reported rapes of women, while they’re deep into the bush collecting firewood.

The women are aware of the dangers and are taking risks to survive. Food is already scarce as the camp population has doubled to about 124,000, since the beginning of the year.

We asked presidential spokesman Ateny Wek Ateny about allegations that the South Sudanese soldiers were using rape as a weapon of war.

He says an investigation is under way and if individuals are committing atrocities, they’ll be punished. But he cautioned against believing in allegations of mass rape by soldiers.

“The country is polarised and divided. You will find people who will say things that shock you because they don’t want to tell the truth. It’s a smear campaign against the government,” he said.

Even if women report rape and seek treatment, there are already limited resources in the country to assist them.

Accessing them if you’re displaced, is even harder.

Mary says since being gang raped she hasn’t been able to get tested for HIV or any sexually transmitted diseases. The young mother is now wracked with worry that she’s contracted something and is going to get sick.