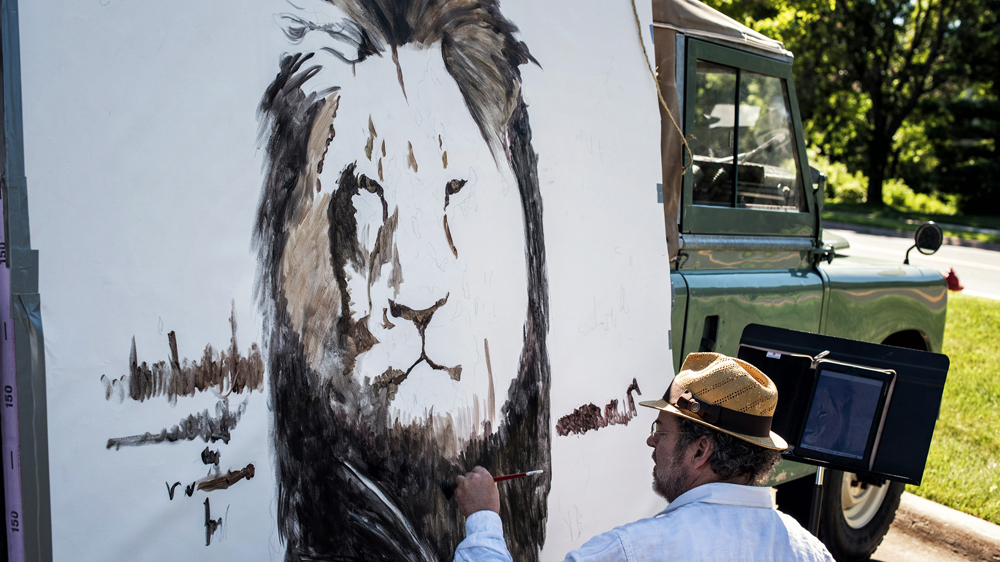 Cross Mabale, Zimbabwe – In the middle of a landscape of thorn acacia trees and grass bushland lies Cross Mabale, a sleepy village in northwestern Zimbabwe.

About 20km to the west, Cecil – a renowned black-maned lion – was recently killed by an American dentist on a hunting trip near Hwange National Park, the country’s largest game reserve.

Mabale, as the locals call it, is a world away from the plush hunting safaris and conservancies nearby. Mired in poverty and unemployment, the village has been more concerned by the winter drought than by the shooting of Cecil.

A key source of revenue for Zimbabwe’s economy, hunting generates up to $20m a year. Although this is a small fraction of the revenue generated by ecotourism in the country, which is estimated to bring in more than $200m annually, the hunting suspension may have adverse effects on a country on the brink of recession.

Some Zimbabwe-based hunting organisations fear that, in addition to their own losses, communities dependent on commercial hunting could be negatively affected by the temporary ban.

Emmanuel Fundira, director of the Safari Operators Association of Zimbabwe, told Al Jazeera he was concerned the potential losses could be far-reaching.

“Some communities depend on commercial hunting, and these people cannot be punished because of the actions of a few individuals,” Fundira said in a phone interview.

As hunting season reaches its peak in August, there are growing concerns that some safari operators may resort to poaching to make up for lost revenue from the hunting ban.

Vincent Mpofu, 47, a tall, lanky professional safari guide from Cross Dete, which is near Mabale, told Al Jazeera that safari operators “are struggling to pay their employees, especially the new ones who came after land reform [in the 2000s],” explained Mpofu.

“They may not be able to accept losing money during this season, so they will be tempted to make money the wrong way.

“We know there are locals in this region who participated in the poisoning of elephants, and they might be tempted again with this ban,” said Mpofu.

Two years ago, hundreds of elephants at Hwange National Park died due to cyanide poisoning after local poachers laced animal drinking holes with the toxic substance. The local press, as well as Mpofu, suspect that Chinese ivory smuggling rings may have been involved, but nothing substantive was proven.

With this year’s winter drought causing poor harvests, villagers could become increasingly reliant on animals for food and income, making money from poached animals as bush meat or tusks.

However, Cheryl Rodrigues, media officer of the Zimbabwe Conservation Task Force (ZCTF), which drew attention to Cecil’s killing, said it was still too early to know whether the ban would encourage illegal activity.

“We don’t know if the ban, which is really a suspension for some months, might fuel poaching because we don’t even know how many animals we actually have,” Rodrigues said.

Big trouble for a ‘good lion’

Although most urban Zimbabweans had not heard of Cecil, his killing has caused an international uproar, and landed at least two Zimbabweans in trouble with the law.

Walter Palmer, the dentist suspected of killing the lion, returned to the US after the hunt and recently went into hiding, fearing public condemnation and a flurry of threatening messages. US protesters have called for Palmer’s extradition, and Zimbabwe’s government has begun the formal process of requesting his return for trial in the country.

In Hwange, the separate trials of professional hunter Theo Bronkhorst and Honest Trymore Ndlovu, a local farmer who assisted Palmer, are set to begin. Both have been charged with baiting and killing a collared lion.

Some in Mabale who knew the lion, such as Charlie Nyathi, 57 , said he thought the American hunter and his three Zimbabwean compatriots (Theo Bronkhorst’s son, Zane, is also under investigation) should face a harsh penalty for killing the wildcat.

“The community was not happy about the killing of Cecil. He was a good lion because he didn’t bite people, not like Shupi. She was a bad [lion]. She used to bite people; even a small boy was once bitten,” said Nyathi, who makes a living doing odd jobs in the village.

“So in 2012, the villagers caught her and killed her [Shupi]. They were lucky they were not put in jail, but those who killed Cecil are now in big trouble.”

Meanwhile, as the international outrage continues and the trial of the two hunters begins, some Zimbabweans worry about possible fallout from the hunting ban.

“The government must find a balance with this hunting thing, or we’ll have bigger problems,” said Mpofu, the safari guide.