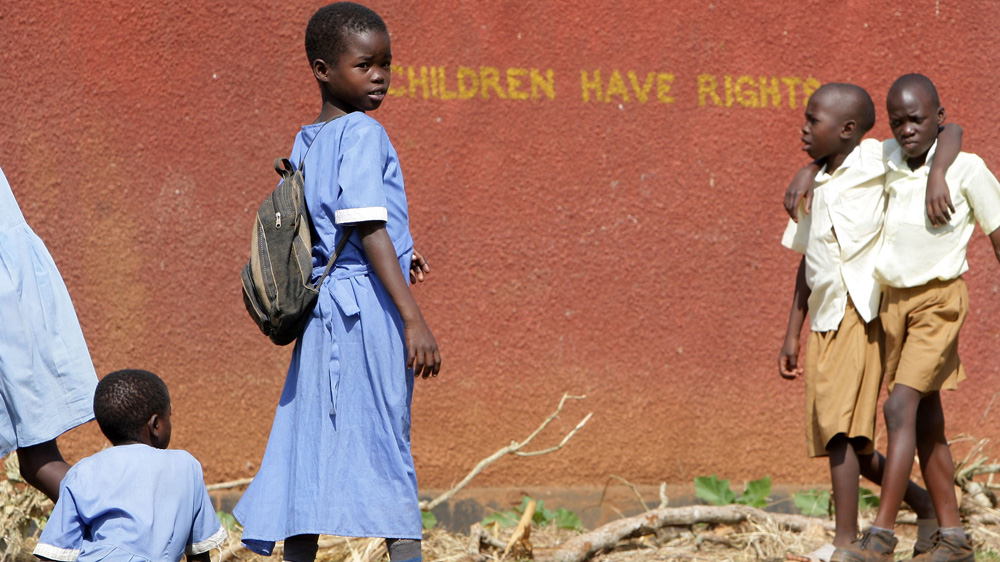 Kampala, Uganda – The bulldozers razed Nabagereka Primary School to the ground, leaving nothing but rubble and classroom detritus.

Rose Nakamya heard about her school’s demolition when she was watching the morning news two weeks before she was due back at Nabagereka for the new school term.

“No one told us that our school would be demolished,” Nakamya said. “I think our government doesn’t care much about our schools.”

January’s demolition of Nabagereka is just one example of a worrying trend in Uganda – public schools are being evicted so private developers can use the land for commercial purposes.

In June the government began an investigation into these activities and is now facing accusations that some of its own departments have been complicit in allowing such land-grabs.

“We are still investigating this matter and we shall tell the public what we have found,” Jessica Alupo, Uganda’s Minister of Education, Science, Technology and Sports, told Al Jazeera.

“Our audit exercise is not to target individuals, but is aiming at [the] ultimate protection of land belonging to education institutions. However, if there are individuals taking the schools’ land, they will be identified and questioned accordingly,” explained Alupo.

Nabagereka Primary School in the capital Kampala had more than 1,000 pupils. Founded in 1930, it was one of the oldest schools in East Africa.

Its former head teacher, Josephine Nokibuuka, said the government had spent almost $150,000 on renovating the school last year in order to halt the eviction.

“When the school was demolished, we had no option but to tell parents to take their children to other schools,” Nokibuuka said.

Nabagereka’s land lease was owned by a local businessman, John Bosco Muwonge, who evicted the school despite being initially blocked by the Ministry of Education and parliament, according to Advani Mbabazi, a researcher and environmentalist at Kampala’s Makerere University.

Mbabazi told Al Jazeera that the government is giving land to foreign investors without consulting the public and said that officials in the land governing bodies are involved in such scandals.

Muwonge was arrested after ordering the January 22 demolition of Nabagereka through his investment company, Boost, but was released after the government investigation discovered its own authorities may have been complicit in the deal.

RELATED: Magazine: The girls of the Lord’s Resistance Army

“I assure you he will be rearrested if the law finds him guilty when the audit report is released,” said the Honourable Olivia Kwagala Kabale, a representative of Iganga district in eastern Uganda and a member of the committee selected to investigate and audit educational properties in May.

Muwonge’s lawyer declined to comment when contacted by Al Jazeera.

The Kampala Capital City Authority (KCCA) said it has appealed to parliament to get the titles over school land and stop the Uganda Land Commission (ULC) from allowing property to be leased to private investors.

But of the 80 primary schools in Kampala that KCCA monitors and supervises, it has authority over just five, according to its executive director, Jennifer Musisi, as reported by Ugandan daily, New Vision.

“The rest of the schools are hosted on land which is owned by other controlling authorities, such as Uganda Land Commission, Buganda Land Board, or faith-based organisations. Only a few schools are on land owned by private individuals,” said Musisi.

About 10 public schools in Kampala are under threat of land-grabbing, she said.

The powerful ULC, which holds and manages government land, has come under fire for its opaque land management practices.

“Despite several reminders to the said commission, it insists there are no policy guidelines to guide it in leasing land to other government agencies, and that the commission does not grant leases to government bodies,” Musisi told members of parliament in April, as reported by New Vision.

“We also pray that government comes out strongly to condemn the actions of ULC on wanton leasing of school land to private investors,” she adds.

The ULC has declined to comment on the accusations until parliament makes a ruling.

Daudi Migereko, the minister of lands, housing and urban development, said his department is working with other authorities to resolve the problem.

“We need schools in the capital, and we cannot just sit and watch them disappear,” said Migereko.

Schools outside of Kampala are facing similar fates, especially in the eastern town of Jinja, where at least 11 primary schools have been evicted in the past decade.

In May, parents protested at Jinja’s town hall after it was announced that the municipal council was giving Main Street Primary School’s 4 hectare site to a private development company.

Jane Mukhaye, a teacher, said her National Teachers’ College in Kampala was evicted and relocated to the town of Mbale near the eastern border with Kenya.

She said the land was given to a local investor who promised to build a five-star hotel, but this has not happened in the seven years that have passed.

“I wonder why public schools are just being reduced to small structures when the government is watching,” Mukhaye said. “Kololo High School was a very powerful school around the city, but after its land was grabbed, it is now being hosted in a very small rental building with few students.”

“Most public schools in Kampala are lacking playgrounds and cocurricular activities are being neglected in schools,” she said.

The problems faced by these schools are part of a wider issue of land grabbing that affects developing nations in Africa and Asia, according to reports by aid agency Oxfam and Uganda’s National Association of Professional Environmentalists.

This means more children like Nakamya face an uncertain future.

She has not been able to return to school. The woman who sponsored Nakamya’s education stopped paying her fees when Nabagereka was demolished.

The girl had previously sold tomatoes on the streets to fund her studies, because her mother could not afford the fees. “I am hoping God will bring someone else to help me go back to school,” she said.

The country’s public schools also need a benefactor – and parents are hoping that the government will take action.

The post Why are Uganda’s schools disappearing? appeared first on African Media Agency.