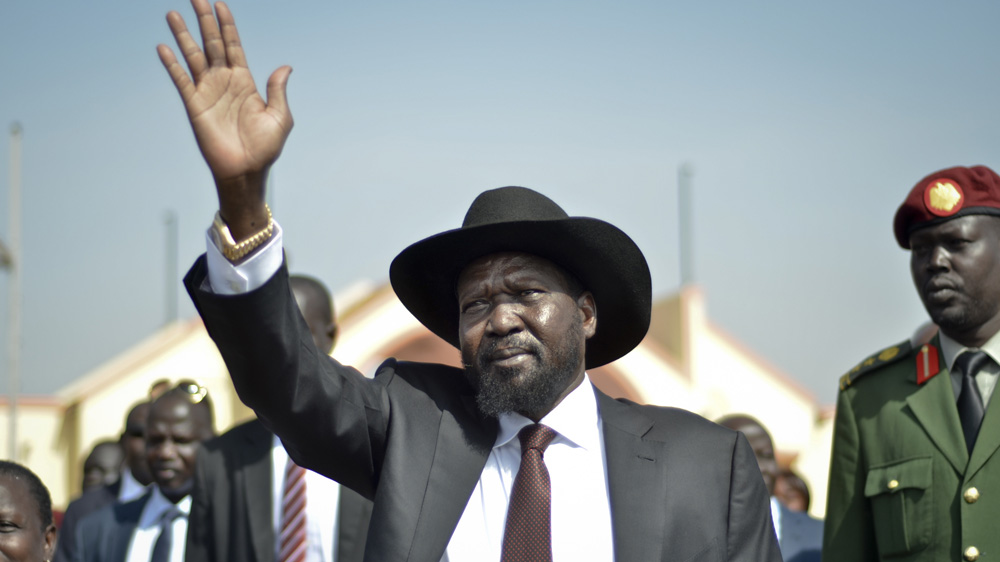 South Sudan’s government has failed to sign to a peace agreement to end almost two years of fighting in the fledgling country, despite securing substantial gains at the negotiating table.

Despite mounting pressure on the government from the United States to sign a deal, plans to demilitarise South Sudan’s capital, Juba, remain a fundamental obstacle to a deal in the government’s eyes.

The Intergovernmental Authority on Development (IGAD), the East African bloc that is mediating the deal, set an August 17 deadline for agreement on the latest deal to bring an end to the bloody civil conflict that has engulfed the nation since December 2013.

IGAD has already made several attempts to bring peace to the country, dating back to a ceasefire deal on January 23, 2014.

Two of the three parties to the negotiations signed up to the latest agreement: an amalgamation of rebel fighters, known as the Sudan People’s Liberation Movement In Opposition (SPLM-IO), and the Former Detainees (SPLM-FD), a group of 10 men arrested by the government in the early days of the conflict and later released.

The government, though, refuses to countenance an agreement that involves the withdrawal of its army from Juba.

“The agreement did not meet the expectations of the people of South Sudan,” information minister and spokesman for the government, Michael Makuei Lueth, told Al Jazeera on August 19.

“It puts the security of South Sudan in the hands of foreigners,” Lueth said.

In fact, the section dealing with the demilitarisation of the capital in the draft IGAD deal, published on July 24, was revised before the final agreement. The new draft still mandates the withdrawal within 90 days of “all military forces” to at least 25km from the centre of the city.

But a clause in the original draft stipulating the deployment of a “third-party security unit” involving troops from the UN, IGAD and the African Union (AU), was removed.

The latest version of the deal also omits a clause that would enable Riek Machar, the nominal leader of the SPLM-IO, to maintain a protection force of 195 men in Juba.

Instead, it refers vaguely to “guard forces to protect military barracks, bases and warehouses” and a “joint integrated police” force.

A decision on the composition of these forces is postponed to a later date.

This compromise on demilitarisation, though, was not enough for government negotiators.

“We are ready to implement a peace agreement as decided by the government of South Sudan, but we will not withdraw from Juba,” Colonel Philip Aguer, spokesman for the South Sudan military – the Sudan People’s Liberation Army (SPLA) – told Al Jazeera.

“That would be handing over the sovereignty for which we fought for more than 20 years.”

South Sudan celebrated its independence from Sudan on July 9, 2011. It had been at war for almost half a century when the signing of the Comprehensive Peace Agreement in 2005 brought an end to the latest period of fighting, which had begun in 1983.

The new country was plunged into conflict once more in December 2013, when a political dispute between President Salva Kiir and Riek Machar, the former vice president, escalated into a war that has since taken on a tribal dimension. Kiir is a member of the Dinka, the largest tribe in the country, while Machar is from the second-largest tribal constituency, the Nuer.

The conflict has claimed a toll of lives estimated to be in the tens of thousands. It has displaced 2.2m people, and put 4.6m people at severe risk of food insecurity, according to the UN. The whole population of the country was 11.7 million in 2014, according to the World Bank.

The government has been granted a 15-day extension to return to the negotiating table and sign an agreement. But the issue of demilitarisation remains a red line for both sides.

James Gatdet Dak, spokesman for the SPLM-IO, was adamant that the SPLM-IO would not accept a compromise that did not include the demilitarisation of the capital.

“I wouldn’t agree to that,” he told Al Jazeera. “There needs to be confidence building. Rival forces should be removed from Juba.”

The other key area of contention in the negotiations was power-sharing between the government and the opposition. In this, the SPLM-IO has agreed to make concessions.

The draft agreement published by IGAD on July 24 gave the SPLM-IO a majority of positions in the state governments of Unity, Upper Nile, and Jonglei – the three regions that have seen the bulk of the fighting.

The latest agreement cuts that share to 40 percent, while the government is given 46 percent, the SPLM-FD 7 percent, and other political parties 7 percent.

At the national level, the July 24 proposal remains in place. It dictates that the government hold 53 percent of posts in the central administration, and the SPLM-IO 33 percent, while the SPLM-FD and other political parties would each take a 7 percent share.

The SPLM-IO has accepted this arrangement.

It remains to be seen whether the government is prepared to back down from its demand to take 70 percent of the positions, with the SPLM-FD integrated into its quota.

Human rights groups have expressed concern that a failure to reach a peace deal will perpetuate a cycle of violence that has involved the killing of civilians, the raping of women and the burning of homes and food stocks.

“If the government fails to sign the peace agreement along with everyone else, it may allow for the crimes against humanity we’ve seen over the past 20 months to continue,” said Nyagoah Tut, a campaigner on South Sudan for Amnesty International.

Rights groups are also concerned that the latest peace deal erases much of the detail on the creation of a hybrid judicial court that was included in the July 24 draft.

Under the terms of the deal, the court is responsible for the investigation and prosecution of individuals responsible for violations of national and international law during the course of the conflict.

The latest draft, though, removes the UN from its involvement in the process (alongside the government and the AU) and deletes the 12 month time limit for legislation to be passed to establish the court.

“The court should be constituted without delay,” said Tut. “Accountability should not be sacrificed for peace. The two should work hand in hand.”

As the clock ticks down on the 15-day extension to the peace talks, international actors are beginning to look for other ways to apply pressure on the government.

But for there to be any chance of a deal, one side or other must agree to give ground on troop deployment in the capital.

The post What’s in the deal? Agreeing to peace in South Sudan appeared first on African Media Agency.