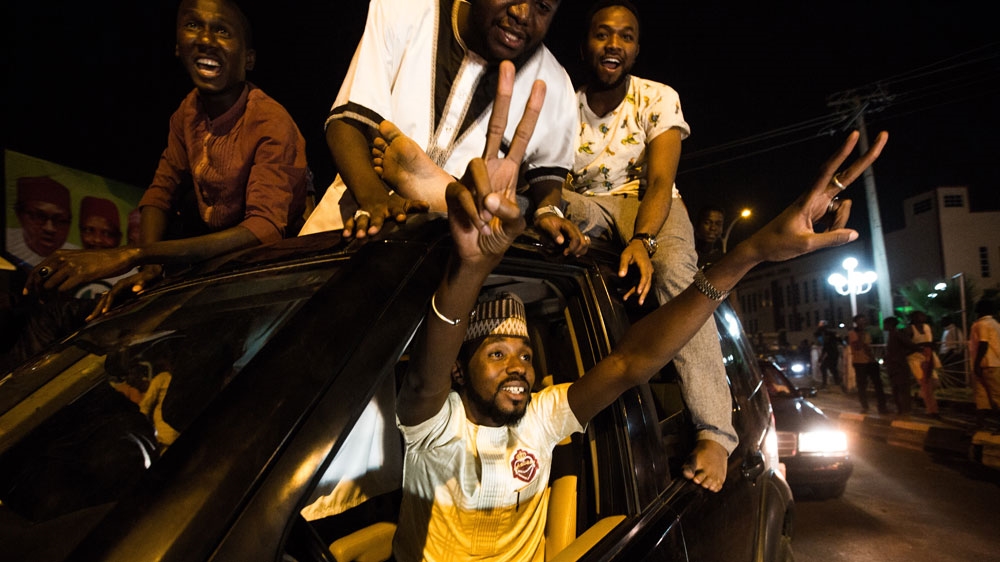 It is probably easier for a child to fly a spacecraft to the moon than for any Nigerian to define what a “Nigerian identity” is.

This is something citizens of Nigeria have been grappling with since the West African country gained independence in 1960.

This is partly historical, and partly a result of continuous skewed governance structures and unaccountable governments.

Pre-1960 Nigeria was a forced entity created by British colonialists and made up of strong, pre-colonial, independent nation states. After independence, there has not been a conscious effort to build a society based on fairness, equity and justice.

The new post-colonial beneficiaries of a defective system simply carried on. And in the end, what we have today is a nation state and a national identity that mean different things to the more than 300 ethnic nationalities, which are the building blocks of what is today referred to as Nigeria.

Nigerians in a self-help world

It is challenging for individuals to identify with a nonexistent or poorly functioning state. Citizens over the years have had to create “mini-states”, with their own “governments” in their communities.

Nigerians had to produce their own electricity through generators, construct boreholes to access water, and set up vigilante groups for security.

With the collapse of public education, citizens are more or less ministers of education, who have to rely on private education.

Healthcare is inaccessible, even for those who have some resources, leaving the majority of Nigerians to turn to local herbalists for remedies.

With the challenges of living in Nigeria, it becomes difficult for citizens with no access to the state services to feel a sense of “Nigerianess”.

There is no sense of shared, common resources that are beneficial and to be defended, and which are accessible to everyone without discrimination.

What evolved in Nigeria is a situation where a sense of belonging and having a “Nigerian identity” is dependent on a compensatory relationship – those who benefit from the system feel more Nigerian, and the other way round for those who benefit less.

Those who feel more Nigerian and proclaim loudly their “Nigerian identity” and take pride in being Nigerian are likely to be those benefitting, or have benefitted, from corruption, mismanagement, and social and gender inequalities.

And they probably do not constitute more than one percent of the population.

This group includes the very successful civil servants and political office holders who might own several properties, are able to send their children to the best schools and access the best healthcare facilities outside of Nigeria.

Around 70 percent of Nigerians earn under $1 a day.

To be at the forefront of proclaiming how “great Nigeria is” and the need for Nigerians to come together is some sort of forced nationalism.

State officials often deliberately confuse the criticism Nigerians level against the government for failing to provide a better standard of living as simply a poor sense of Nigerian identity.

Exploitative colonisation and failure of subsequent governments have led most Nigerians to resort to their primordial and ethnic identities and group affiliations at the expense of a national identity.

This has led to a cynical population of deprived Nigerians trying to eke out a daily living while facing the challenges of day-to-day survival. As a result, they do not bother with what a Nigerian identity means.

Of course, there are exceptional instances: Being a Nigerian is often associated with the national football team – the Super Eagles – when they want passports and are targeted negatively by other countries.

Unfortunately, the situation has also given way to a generation of poor communities who constantly look for scapegoats among their classes, and who hold their own ethnic or religious groups responsible for their social status or their suffering. This has led to the ongoing religious, tribal and ethnic conflicts in Nigeria.

The wind of change

The upside is that Nigeria has built an army of illustrious and industrious people, who can be potentially proud, with enough individual resourcefulness if only the social issues of corruption, poverty and the structure of Nigerian state, good governance, and strong viable institutions are genuinely addressed.

A new generation of Nigerians is emerging – helped by the social media and leading to more openness and interaction among themselves.

The voices of those who have been oppressed and want a better Nigeria are now being heard through social media and are getting louder – louder than those of the minority voices who have held Nigeria in a comatose state and who continue to benefit from the dysfunctional state.

Nigerians are now breaking old suspicions, barriers, prejudices and biases about the “other” and are seeing themselves as having a common destiny, despite ethnic and religious differences.

Governments are being held more accountable than before, budgets are being scrutinised, politicians and those who hold public office are being interrogated, and their past misdeeds are being exposed to render them ineligible for government positions.

Ordinary citizens are defining the political narrative and taking power away from powerful people who own traditional media.

With a renewed clamour for issues, such as gender equality, equitable distribution of wealth, responsible citizenship, the need for good governance is becoming more prominent with young Nigerians.

The wind of change is slow, but it is happening and is soothing to well-meaning Nigerians.

Despite the threat of Boko Haram, organised kidnappings, general state of insecurity across the country, and a deteriorating economy, Nigerians are now more determined to make change possible through nonviolent means.

The power of the ballot box to make a change is still seen as much more effective than the power of AK-47s.

This was represented by the powerful images of women displaced from their homes in the northeast, patiently waiting in queues for hours to vote during the last elections.

Nigerians are steadily beginning to change governments they do not like, voicing more criticism of governments they supported to get into office, and holding fellow citizens accountable for their actions and inactions, leading to the negative perception of Nigerians from the outside.

It is in this new generation of Nigerians where the possibility of a Nigerian identity lies.

However, this is still dependent on the core question about the Nigerian state.

As Nigerians, we should resolve the issues of resource control fairly and equitably.

We, the Nigerian people, deserve transparent electoral processes, open governments, free and responsible press, strong and independent institutions, and we should uphold the true values of separation of powers and federalism.

In Al Jazeera’s My Nigeria series, Nigerians invite us to see their Nigeria, sharing their stories, lives, work and communities in their own words, and offering a glimpse into Africa’s number one economic powerhouse.

Kayode Ogundamisi is a commentator on Nigerian and international affairs. He was involved in the Nigerian pro-democracy struggle.

The post What does it mean to be Nigerian? appeared first on African Media Agency.