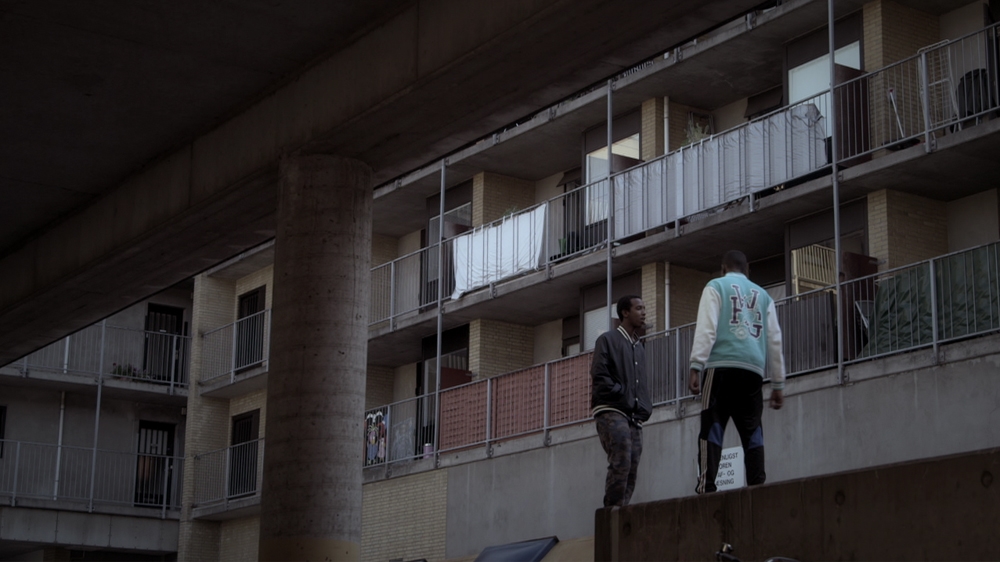 His back turned to the camera as he looks out over a nondescript housing development in Copenhagen, “The Shadow” describes how he fell victim to recruiters from the armed Somali group al-Shabab.

He outlines the conditions that make boys such as him susceptible to the lure of the “holy war,” explaining that, “Nothing in my life made any sense.” So eloquent is he in his account that one might think it was scripted, but what happened to him is as real as the scenes from a suicide attack by one of his former friends.

A number of other very young fighters from countries including the Netherlands, their identities concealed, explain why they left hearth and home and are prepared to die.

Abukar, a cleaner, represents the voice of the parents who are doing everything within their power to convince their children to return home.

Warriors from the North is about the people who are easy to condemn and write off as “extremists” or “crazy jihadists,” but these young men grew up in the suburbs of Western Europe.

They went to public kindergartens, schools and institutions. Whether we like it or not, they are a part of our societies and we have no choice but to try and understand them.

Politicians are trying to convince their voters that revenge, prisons and deportations are the only effective answers to radicalisation.

We think that we all need to understand why some young Somali men choose to join al-Shabab and commit suicide attacks. But we have to understand their specific backgrounds.

Life for young Somalis, who fled the civil war to Denmark, and the rest of Western Europe, is not easy. They face discrimination, unemployment and isolation on a daily basis.

In making this film, we have been witness to that. One Friday afternoon after we had been working in our office, Nasib, one of the filmmakers, who is also black and of Somali origin, was pulled over by the police. On the spot he was questioned about his attitude towards terrorism, al-Shabab, piracy and more.

It was an eye-opening moment. This would never have happened to the white people in our little filmmaking team.

There is no excuse for killing innocent civilians but the discrimination and the lack of proper integration of the Somali community is part of the explanation. And we, the white majority in these countries, have to take a critical look at our own role in these young men’s radicalisation.

The post Warriors from the North appeared first on African Media Agency.