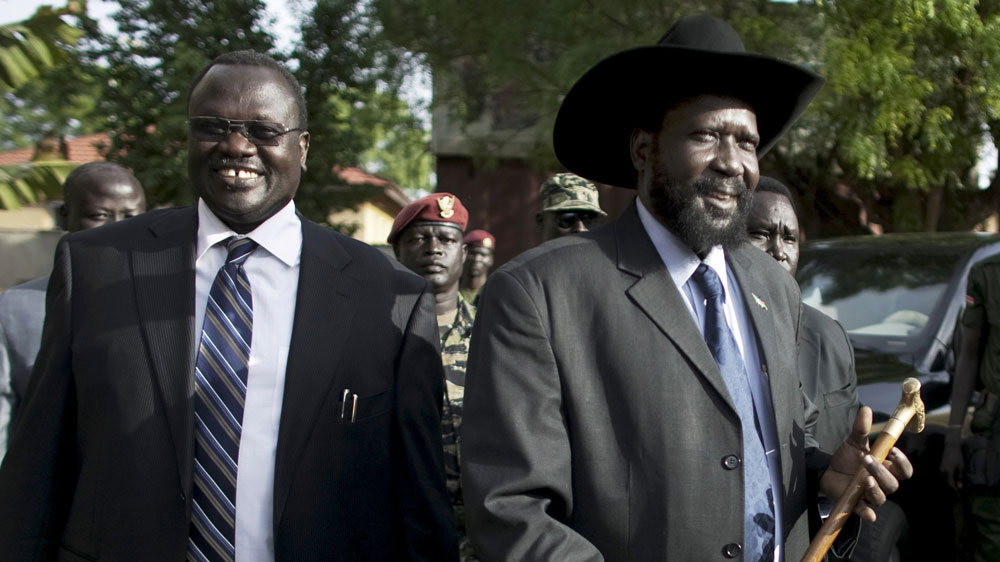 The US says it is consulting with other countries about imposing UN sanctions on anyone who undermined the peace process in warn-torn South Sudan.

Susan Rice, President Barack Obama’s national security adviser, said in a statement on Wednesday that Washington was proposing such sanctions “if an agreement is not signed by the government within 15 days and a ceasefire is not implemented promptly by all parties”.

The country, which gained independence from Sudan in 2011, descended into chaos in December 2013 when a political row between Kiir and his deputy Riek Machar spiraled into armed conflict that reopened ethnic fault lines.

Seyoum Mesfin, the mediator for IGAD, the East African bloc leading the talks, said Kiir’s side required two weeks before signing the peace deal that had been already accepted by the South Sudanese rebels.

“In the next 15 days, the government will come back to Addis Ababa to finalise the peace agreement,” Seyoum said. There was no immediate comment from the government.

The US State Department said on Monday that it deeply regretted the government decision and urged it to sign within 15 days.

Numerous rounds of negotiations have failed to end fighting that has killed over 10,000 people and displaced more than 2 million, with both sides engaging in a war of attrition despite signing ceasefire deals.

If South Sudan’s government will not sign the peace deal, “then we must all be firm on our next steps,” Britain’s UN deputy ambassador Peter Wilson told the 15-member UN Security Council. “We cannot sit by while leaders fight and their people’s suffering grows.”

Last month, IGAD set August 17 as the deadline to end the drawn-out talks, outlining proposals for ending the fighting.

The proposal designates a 30-month transition period with Kiir as president, with a first vice president post allocated to the rebels, IGAD said.

In July, after more than a year of warnings, the Security Council imposed its first sanctions on six generals for fueling the fighting.