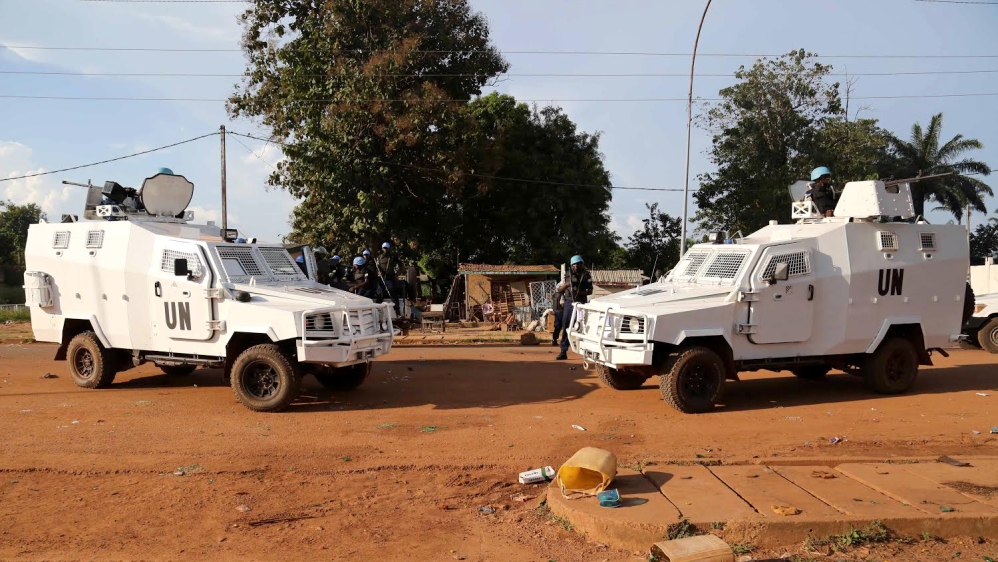 Amnesty International is accusing UN peacekeepers of indiscriminately killing a 16-year-old boy and his father and raping a 12-year-old girl in separate incidents in Central African Republic, the latest in a series of abuse allegations against peacekeepers in the country.

UN Secretary-General Ban Ki-moon is “personally dismayed and disappointed” and might make a public statement, his spokesman said on Tuesday. “We would like to emphasise once more that no misconduct of this nature will be tolerated,” Stephane Dujarric told reporters.

The Amnesty statement said the two incidents on August 2 and 3 occurred as the peacekeepers were carrying out an operation in the capital, Bangui.

The human rights organisation said a spokesperson for the UN peacekeeping mission told it that an internal investigation has been launched into the alleged rape and killings. The Bangui operation was carried out by police peacekeepers from Rwanda and Cameroon, the spokesperson told the group.

UN peacekeepers have been in the country since September to try to calm unprecedented, deadly violence between Christians and Muslims.

The girl had been hiding in a bathroom when a man wearing a UN peacekeeping helmet and vest “took her outside and raped her behind a truck,” Amnesty International’s statement said. It said a nurse who examined the girl “found medical evidence consistent with sexual assault”.

The next day, after armed clashes with residents had killed a soldier from Cameroon and injured several others, peacekeepers went to the area and “began shooting indiscriminately in the street where the killings had taken place,” the statement said.

Amnesty International said resident Balla Hadji, 61, and his son Souleimane Hadji, 16, were shot and killed outside their home. The group said it interviewed 15 witnesses immediately after both incidents, plus the 12-year-old girl and her family.

“An independent civilian investigation must be urgently launched, and those implicated must be suspended immediately and for the duration of the investigation,” the organisation’s senior crisis response adviser, Joanne Mariner, said.

In an email from Bangui, the Amnesty International researcher in Central African Republic, Jonathan Pedneault, said the UN peacekeeping mission’s human rights division has “sadly, due to their own security constraints” not yet been able to investigate at the scene.

He said an international medical organisation has been following the girl but that UNICEF has not yet been able to visit her family. He was not aware of any UN support for them.

Spokesmen for the UN peacekeeping office did not immediately respond to a request for comment. Dujarric said Amnesty International informed the UN about the allegations last week.

The UN has been under international scrutiny over its handling of allegations of child sexual abuse by French soldiers in Central African Republic last year, and an independent panel is now looking into that case.

In addition, UN peacekeepers in Central African Republic have been accused in recent months of rape and sexual abuse. In late June, mission head Babacar Gaye in a statement said he was “outraged” by allegations that UN peacekeepers had sexually abused street children in Bangui.

And in early June, the peacekeeping mission launched an investigation into an allegation of child sexual abuse received against one of its peacekeepers in the eastern part of the country.