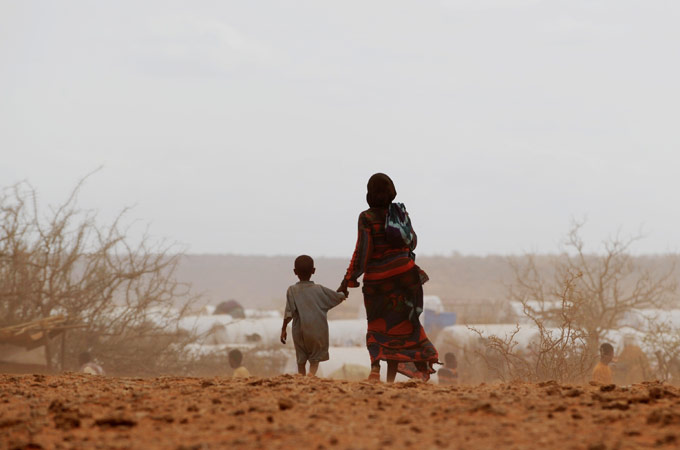 The number of Ethiopians who will need food aid by the end of this year has surged by more than 1.5 million from earlier estimates due to failed rains, UN agencies have said.

Ethiopia needs an extra $230m from donors to secure aid for a total of 4.5 million people now projected to require assistance this year, the Office for the Coordination of Humanitarian Affairs (UNOCHA), the World Food Programme (WFP) and the UN children’s agency UNICEF said in a statement on Monday.

The country of 96 million people is one of Africa’s fastest-growing economies, but failed rains have devastating consequences for food supplies.

“The belg rains were much worse than the National Meteorology Agency predicted at the beginning of the year,” said David Del Conte, UNOCHA’s acting head of office in Ethiopia, referring to the short, seasonal rainy season that stretched from February to April.

“Food insecurity increased and malnutrition rose as a result.”

Meteorologists have warned that the El Nino weather phenomenon, marked by a warming of sea-surface temperatures in the Pacific Ocean, is now well established and continues to strengthen.

Models indicate that sea-surface temperature anomalies in the central Pacific Ocean are set to climb to the highest in 19 years.

The El Nino can lead to scorching weather across Asia and east Africa, but heavy rains and floods in South America.

The UN cautioned that the anomaly could further affect Ethiopia’s “kiremt” rains that stretch from June to September.

“A failed belg followed by a poor kiremt season means that challenges could continue into next year,” said John Aylieff, WFP’s Ethiopia representative.