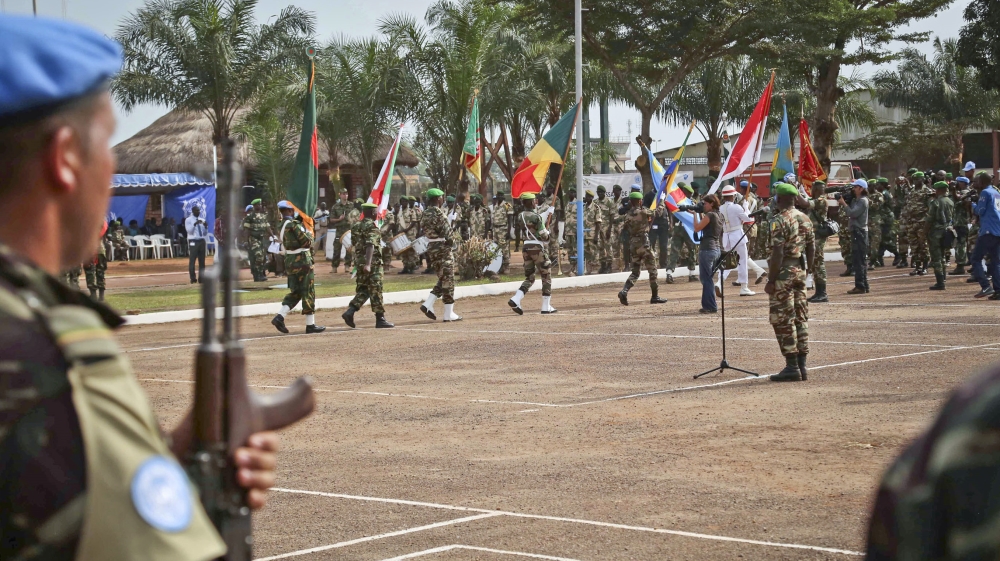 Three young females, including a minor, have accused United Nations peacekeepers of raping them in the Central African Republic, the global body has announced, taking the number of allegations to 13 since the UN stationed troops in the country in September.

The announcement on Wednesday comes a week after Ban Ki-Moon, UN secretary-general, removed the head of the peacekeeping mission in CAR over the handling of a series of similar allegations in the conflict-wracked country.

Vannina Maestracci, spokesperson for the secretary general’s office, told reporters that families of the three young females made the allegations on August 12 and that the alleged rapes occurred in “recent weeks”.

Similarly, a statement from the peacekeeping mission said UN headquarters was “immediately informed” of the allegations and that it was collecting “all available evidence”.

The alleged rapes occurred in the city of Bambari, where peacekeepers from the Democratic Republic of Congo (DRC) are stationed.

Congo’s UN ambassador, Ignace Gata Mavita wa Lufuta, told The Associated Press news agency that three members of Congo’s military have been accused and that he had just met with UN officials about looking into the allegations.

He didn’t address the allegations but said it’s “not normal” that vulnerable people would be victims of those meant to protect them.

Congo’s troops serve in no other UN peacekeeping missions, and its nearly 900 troops were accepted into the mission in CAR at a time when few countries were volunteering people to serve in the chaotic country, which has been ripped by unprecedented violence between Christians and Muslims.

Last August, the New York-based Watchlist on Children and Armed Conflict said Congo’s troops, which were already in the country as part of an African Union mission, should be excluded from the UN mission.

The advocacy network pointed out that Congo’s armed forces have been noted in Ban’s annual report on conflict-related sexual violence. They were included again this year.

Last week, following the removal of the head of the CAR peacekeeping mission, Ban met with the Security Council and the heads of all UN peacekeeping missions to discuss new measures to swiftly investigate alleged sexual assaults and hold peacekeepers accountable.

Ban’s actions came after Amnesty International accused UN peacekeepers in CAR’s capital this month of indiscriminately killing a 16-year-old boy and his father and, in a separate incident, of raping a 12-year-old girl.

UN peacekeepers earlier had been accused of sexually abusing children in Bangui and in the eastern part of the country.

The peacekeeping mission is also being investigated over how it handled child sexual abuse allegations against French troops last year, in which children as young as nine said they had traded sex for food.

Under an agreement with the UN, countries have the sole responsibility to prosecute their troops taking part in peacekeeping missions, but if they take no action to investigate, the UN can step in. Even then, the UN only has the power to repatriate troops and suspend payments to countries for troops who are accused.

In at least one case of alleged sexual abuse or exploitation by a peacekeeper in CAR, a country repatriated its accused citizen, the UN said.