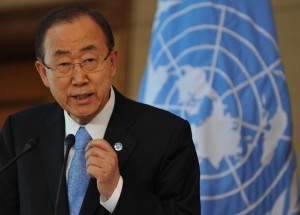 Babacar Gaye of Senegal “tendered his resignation at my request,” Ban told reporters at the global body’s headquarters in New York.

The move followed fresh accusations that a peacekeeper from the MINUSCA force had raped a 12-year-old girl, months after similar claims were made against Moroccan and Burundian troops in the unit.

Separately, France is investigating claims that more than a dozen of its soldiers serving in the Sangaris force in the Central African Republic sexually abused children they had lured with food in late 2013.

“I cannot put into words how anguished and angered and ashamed I am by recurrent reports over the years of sexual exploitation and abuse by UN forces,” Ban said.

“I will not tolerate any action by people who replace trust with fear,” he added.

Gaye, 64, was appointed as the first head of the 12,000-strong MINUSCA force in July of last year and is also Ban’s special envoy to the Central African Republic.

The Senegalese diplomat told France 24 that he shared Ban’s outrage and that his resignation “embodies the organisation’s response to behavior that is simply unacceptable from soldiers who come to defend people and protect them.”

UN spokesman Stephane Dujarric described the decision to sack a mission chief as “unprecedented” and a clear signal that the United Nations was moving to address mounting allegations of misconduct by the blue helmets.

The MINUSCA force, which took over from an African Union mission nearly a year ago, has been plagued by a series of allegations involving its soldiers.

So far, there have been 57 allegations of misconduct, 11 of which possibly involve child sex abuse, said Dujarric.

The latest claims revealed by Amnesty International on Tuesday involve a girl who told witnesses that she was raped by a UN soldier during a house-to-house search in the Muslim PK5 district of Bangui last week.

“When I cried, he slapped me hard and put his hand over my mouth,” she told Amnesty.

The Central African Republic is struggling to recover from the sectarian violence that exploded after a 2013 coup, pitting mainly Muslim rebels against Christian militias.

A special Security Council meeting has been convened for Thursday to discuss sexual abuse by peacekeepers and Ban will also tell force commanders and envoys from all 16 missions by videoconference that allegations must be taken seriously. 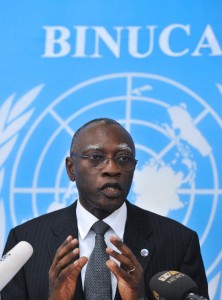 While those cases allegedly took place before MINUSCA was launched, the allegations were documented in a report by UN rights officials that sat on UN desks for months before action was taken.

The three-person panel has already traveled to Bangui and is due to present its findings in the coming months, but Ban said he wanted to “take action now” to enforce the UN’s zero-tolerance policy of sex abuse.

“You should feel no shame. Shame belongs to the perpetrators,” he said.

US Ambassador Samantha Power, whose country is by far the biggest financial contributor to UN peacekeeping, said she was “horrified” by the latest allegations and that perpetrators must be punished.

Troop-contributing countries must ensure that their nationals face investigation and prosecution when accused of sexual abuse while serving under the UN flag, she said.

But AIDS-Free World, an advocacy group that has has criticized UN peacekeeper misconduct, said heads should roll at higher levels of the United Nations.

“There is sickness running through the upper reaches of the UN in dealing with sexual exploitation and abuse. The secretary general has dealt with only one part of the illness,” the group said in a statement.