A Ugandan journalist with a background as an entrepreneur, radio and TV reporter and presenter has won the first BBC World News Komla Dumor Award. 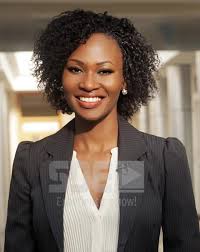 Nancy Kacungira, a television anchor for Kenya’s KTN television channel, was selected from nearly 200 applicants. She will spend three months at the BBC in London and also report from Africa for the BBC TV, radio and online. The award was established to honour Komla Dumor, a presenter for BBC World News, who died suddenly aged 41. Ms Kacungira said: “I am stunned, but also ecstatic upon hearing this news. I am so greatly honoured and humbled to be the winner of this award.” “I owe it to the continent that I fiercely love and am dedicated to, to do my bit to expand the often dogmatic and skewed narratives that have beleaguered it for so long. “To be a part of continuing Komla’s legacy is such an honour it feels almost like a dream. I will do my very best to justify the great trust that I have been awarded, and ensure that the benefit of this opportunity goes far beyond myself.” One of the judges, BBC Africa’s current affairs editor, Vera Kwakofi, said: “Nancy is incredibly smart with a breadth and depth to her knowledge and experience that comes across instantly.” The BBC’s Director of News and Current Affairs James Harding, said: “When Komla Dumor died, it was an enormous loss to the BBC, to Africa and to all of us personally. “I am delighted that in Nancy we have found an extremely passionate and talented journalist, a worthy winner of the award that we established in Komla’s name.” Nancy grew up in Uganda where she attended Makerere University in Kampala. She has more than 14 years of experience working across a range of media in Kenya, Uganda and Tanzania as well as a Masters degree in communications from Leeds University. She is currently the anchor of Prime Time Evening News on KTN where she is also the channel’s social media editor. There are two runners-up for the award: Leila Dee Dougan from South Africa and Paa Kwesi Asare from Ghana. Komla Dumor was an exceptional Ghanaian broadcaster who in his short life made an extraordinary impact – in Ghana, in Africa and around the world. He represented a confident, savvy and entrepreneurial side of Africa. Through his tenacious journalism and compelling storytelling, Komla worked tirelessly to bring a more nuanced African narrative to the world. *Source BBC]]>