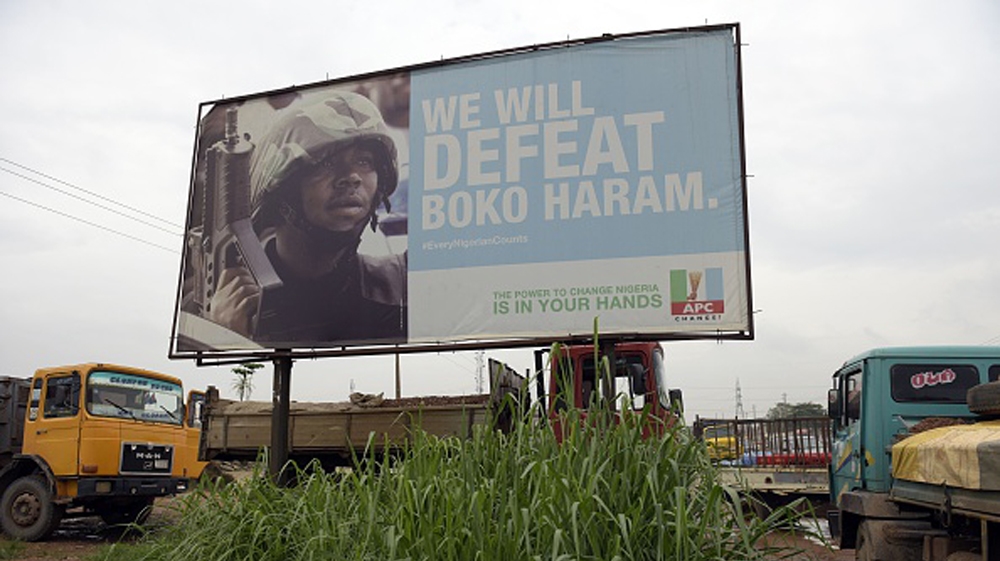 This is not the Nigeria that Muhammadu Buhari promised us in the build-up towards the presidential election. Neither is it the one he promised after he had won.

In a nationally-televised speech, hours after his declaration as president-elect, Buhari had told Nigerians: “Boko Haram will soon know the strength of our collective will.”

Fast-forward three months, and it instead looks as if it was the Boko Haram commander who directed that statement towards the Nigerian people.

In less than three months of Buhari’s reign, the gory era of terrorism is back in Nigeria, and the insurgents are furiously striking the people again and again.

In the week of July 5, there was not a single day without an attack. In the preceding week, 145 people were murdered in twin raids in the northeastern Borno state.

On July 16, Boko Haram suicide bombers detonated bombs in Gombe, another state in the northeast, killing 49 people at first count.

In its most recent attack, the insurgents killed at least 47 people in Borno in a trademark bomb blast on August 11.

The constant fear of Boko Haram attacks is not only palpable in the northeast.

In July alone, there have been bomb attacks in Kano, Kaduna, Katsina and Plateau as well.

In the southwest, a Lagos-based journalist, Adeola Akinremi received a death threat from the sect in May.

While Boko Haram may not be seizing territories and controlling local governments at it did under the rule of the former President Goodluck Jonathan, its attacks in the last month – plus a death toll now nearing 1,000 – are a negative turnaround from the victories recorded in the final weeks of Jonathan’s presidency.

For much of the Jonathan years, the overriding public complaint about the war against Boko Haram was focused on how the president positioned himself in the aftermath of attacks.

A few weeks before the presidential election, Jonathan – helped by a coalition of Nigerian, Chadian, Nigerien, and Cameroonian forces – seemed to make up for his shortcomings by nearly exterminating Boko Haram from northern Nigeria.

Jonathan may have handed over a battered federal purse with external and domestic debts to the tune of $63.7bn to his successor, but he managed to hand over an insurgency challenge that was lower in scale and intensity than the one he met.

Buhari has no excuse for botching all the progress that was recorded before his ascendancy.

It is not known what spell Buhari has cast on Nigerians, but the loss of nearly 1,000 lives in almost two months has not generated the kind of admonishment Jonathan faced in similar circumstances.

He may not have danced away at campaign rallies immediately after Boko Haram attacks like his predecessor, but he has yet to personally visit a single blast scene, and official government statements on the killings have been sparse.

Aside from relocating the military command centre to Borno state on his first day in office, travelling out of the country to solicit the help of world leaders in battling the insurgents, and sacking his predecessor’s service chiefs and national security adviser, Nigeria can hardly point to a single Boko Haram success story under Buhari.

Therefore, it is no surprise that questions are being asked in the media if Nigerians are more lenient with Buhari on Boko Haram.

On July 20, Buhari travelled to the United States for what was obviously a very important engagement with Barack Obama, and partnership strategies for combating the insurgents was one of the headlines of their bilateral talks.

It was an important trip. The US remains one of Nigeria’s long-standing partners against terrorism, committing at least $34m in equipment and logistics support for Nigerian, Chadian, Cameroonian, and Nigerien forces.

That excludes a $5m contribution to the Multinational Joint Task Force.

But it is actually at home that Buhari’s greatest work against Boko Haram lies.

The pattern of recent attacks has been almost monotonous: identify a crowded location, hit it with a suicide bomber.

The president will do well to concentrate his greatest energy on boosting local surveillance capacities in the entire northern region in order to pre-empt attacks and foil them.

But Buhari does not need to be told what to do.

RELATED: Note to Boko Haram: Western education is NOT a sin

On April 1, in one of his first interviews as president-elect, BBC’s Peter Okwoche asked him if he had thought about how to go about fulfilling all his promises to Nigerians.

And this was his response: “I think I wouldn’t have made the promises if I didn’t know how to fulfil it”.

Now, Boko Haram is asking quick-fire questions of a pledge Buhari made in an interview with CNN to “effectively deal with them in a few months when we get into office”.

If he truly had a plan for fulfilling that particular promise, now is the time to unleash it on the beasts of Nigeria’s northeast.