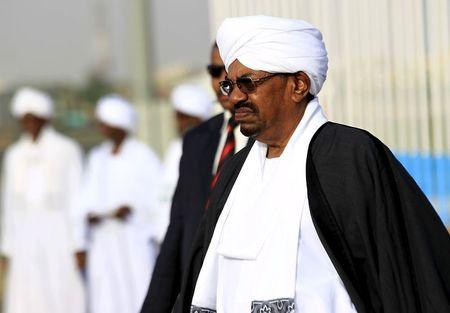 KHARTOUM (Reuters) – Sudanese President Omar Hassan al-Bashir is expected to travel to China on Monday for a four-day visit, the foreign ministry said, defying an international warrant for his arrest.

The Hague-based International Criminal Court (ICC) issued arrest warrants for Bashir in 2009 and 2010, accusing him of masterminding genocide and other atrocities in his campaign to crush a revolt in the western Darfur region. Members of the ICC are obliged to act on arrest warrants. China is not a member.

Bashir, who rejects the court’s authority, has managed to travel within Africa and the Middle East.

In June, he was forced to flee South Africa, however, after a court ruled he should be banned from leaving pending the outcome of a hearing on his possible arrest. Sudan’s foreign ministry said Bashir would visit China for a commemoration of the end of World War II. Bashir, who has ruled Sudan since a 1989 Islamist and army-backed coup, has not travelled outside the Middle East or Africa since 2011, when he also visited China.

He is due to travel to New York in September for the United Nations General Assembly, Sudan’s deputy U.N. envoy said earlier this month.