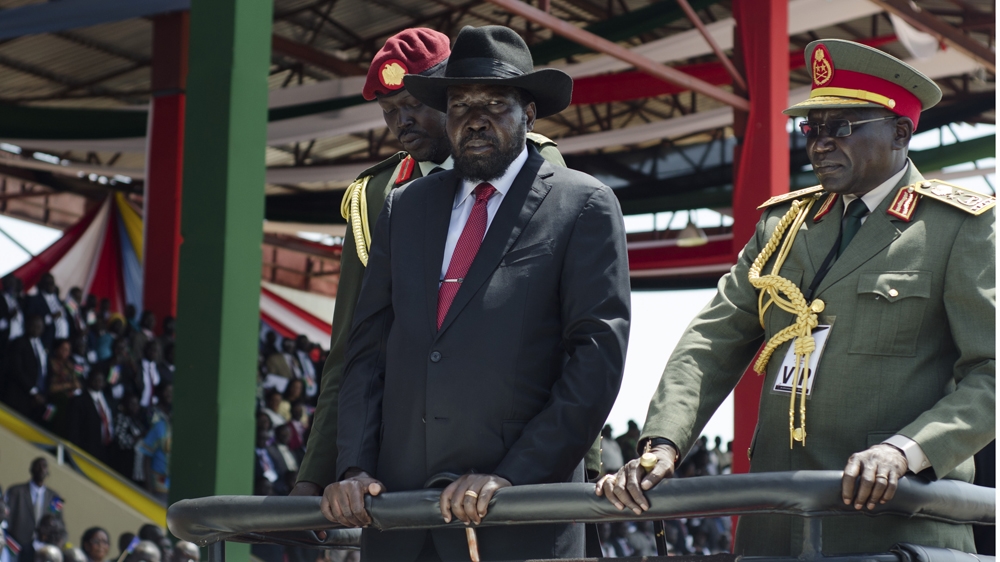 Juba, South Sudan – South Sudan’s government is due to unveil its own peace plan in the Ethiopian capital Addis Abbaba, just days after the government refused to sign a regional plan to end the conflict, Al Jazeera has learned.

Ateny Wek Ateny, South Sudan presidential spokesperson, will not offer any details of the peace plan but said President Salva Kiir is consulting leaders from all 10 states for guidance.

He reiterated his government’s refusal to accept the Intergovernmental Authority on Development (IGAD) plan.

“When we first received the IGAD proposal we were puzzled. This is not a proposal negotiated by the two parties.The role of the negotiators is to bridge the gap, not that the mediators come up with a peace plan,” Ateny told Al Jazeera.

Ateny said that IGAD’s plan, created by representatives from seven East African countries, did not allow either Kiir or his political opponent Riek Machar, a former vice president, to present their own proposals.

Ateny described the IGAD meetings in Addis Ababa as a “political conference”.

“We can work together if we have the proper mechanism,” he said.

The conflict in South Sudan began in December 2013, when clashes erupted between forces loyal to Kiir and those aligned to Machar.

Two million people have fled their homes to escape the conflict, with 100,000 forced to flee since May alone.

The struggle between the two sides has been dominated by war crimes, including widespread killings of civilians because of their ethnicity or perceived allegiances, according to Human Rights Watch (HRW), the international rights advocacy group.

The South Sudanese government says that under the IGAD plan, Machar has to be allowed to share the presidency with Kiir, which it cannot accept.

Furthremore, Atena told Al Jazeera, the call for the military to be moved 23km away from the capital Juba would greatly reduce the number of troops in Kiir’s presidential guard and compromise South Sudan’s sovereignty.

In July, South Sudan’s government forces and armed groups allied to it were accused of carrying out a series of horrific killings, rapes, including burning civilians alive and crushing others under tanks, in devastating violence in Unity state.

HRW said the offensive in rebel-held parts of Unity state is “the latest in a conflict characterised by shocking disregard for civilian life”.

The African Union has also released a report on alleged atrocities committed during the conflict. The report, however, was passed on to representatives of Kiir’s government only.

On allegations of the military and pro-government fighters committing widespread human-rights violations, Atena denied reports that the country’s military was raping and killing civilians.

He said the government has dispatched teams to investigate violations highlighted by HRW and that if they find evidence of atrocities, those responsible would be punished.

“This country is polarised and divided,” he said.

“You will find things that will shock you because people don’t want to tell the truth. People want to put the government in an awkward position.”