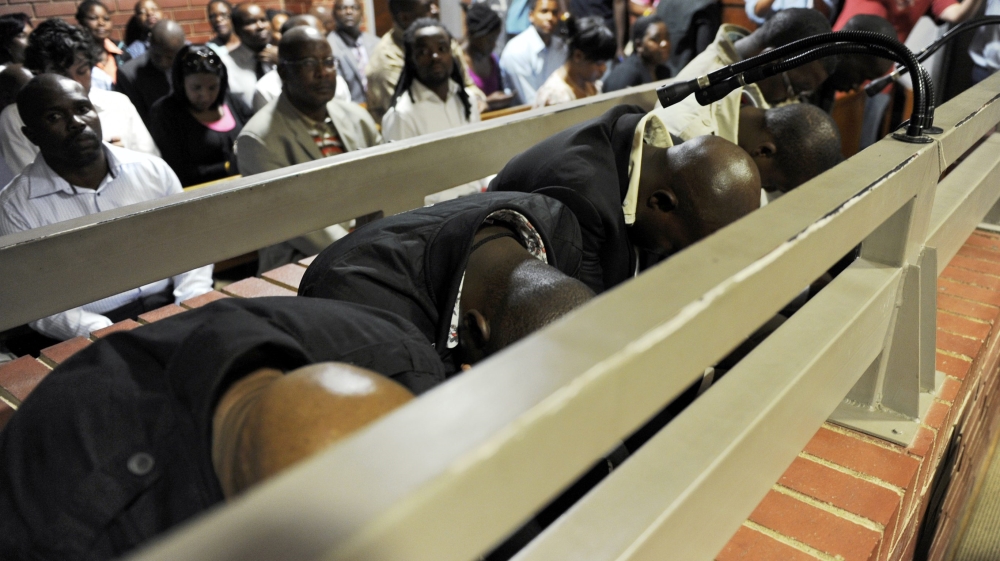 Eight South African police officers have been found guilty of murdering a Mozambican man who died after being dragged behind a moving police van two years ago.

Mido Macia, a 27-year-old taxi driver, died in police custody in February, 2013 after being arrested for parking his car on the wrong side of the road.

Bystanders filmed Macia being manhandled, handcuffed to the back of a police van and dragged hundreds of metres in Daveyton, east of Johannesburg.

Just over two hours later he was found dead in his cell in a pool of blood.

In Pretoria’s high court on Tuesday, Judge Bert Bam convicted all eight officers captured on the video of murder, dismissing their defence that Macia violently resisted arrest and had assaulted a police officer.

The driver of the police van had also claimed he drove away to escape an angry crowd that had gathered, and did not know Macia was being dragged behind.

But, describing the defence as “fraught with discrepancies and improbabilities,” the judge agreed with the state’s case that the police were “trying to teach the deceased a lesson” for swearing at the arresting officer.

Macia was being “unlawfully arrested and detained” for a minor traffic violation, said Bam, and was therefore “entitled” to resist arrest.

He was then further assaulted in the police cells, said the judge, citing a post-mortem report that found extensive head injuries, lacerations and bruising.

“In considering all the evidence, it is clear the deceased was indeed assaulted in the police cell. Accused one to eight are convicted of murder.”

A ninth accused was previously acquitted.

South Africa’s police are frequently embroiled in allegations of brutality, though successful convictions are rare.

The eight officers are due to be sentenced on September 22, and could face a minimum sentence of 15 years in jail.