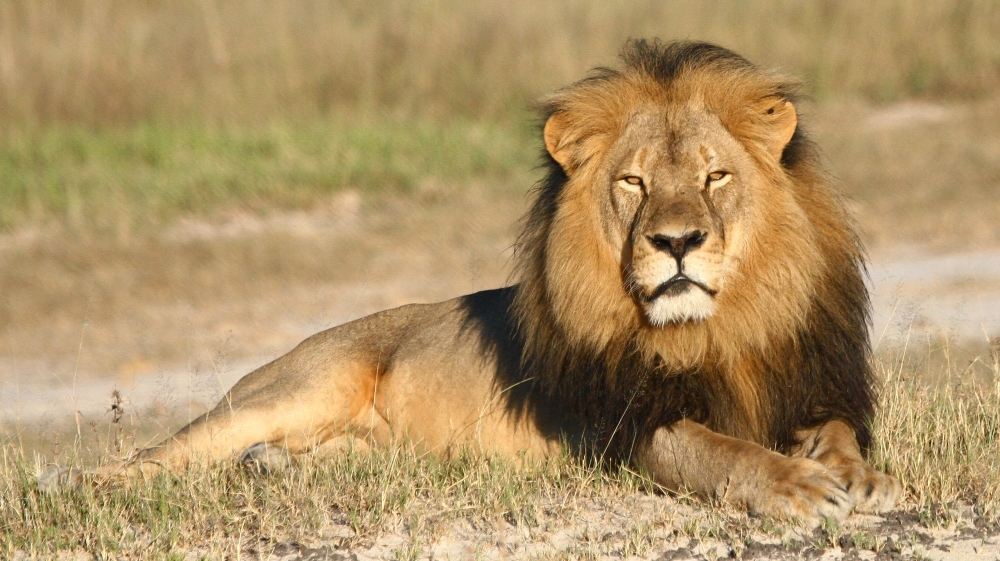 In the aftermath of the anger that followed the killing of Cecil, the lion from Zimbabwe, debate is intensifying in neighbouring South Africa over the practice of hunting captive-bred lions.

Ian Michler, maker of a documentary film called Blood Lions, has estimated that close to 1,000 lions bred in captivity in South Africa are fatally shot every year by trophy seekers.

The practice is an “extreme and a brutal form of trophy hunting”, Michler said in a telephone interview with the Associated Press news agency this week.

Those who oppose the practice and refer to the custom as “canned hunting” say lions that are bred in captivity are not afraid of people, making them easy targets for shooting in relatively confined areas.

While hunting operators in South Africa describe their industry as well-regulated, a key hunting association has called for a review of captive-bred lion hunting amid growing public criticism.

In neighbouring Zimbabwe, authorities have said two American hunters were involved in illegal lion killings in separate cases in the area of Hwange National Park in April and July.

The cases have put fresh scrutiny on hunting in Africa at a time when poaching has heavily reduced wildlife numbers, including threatened species such as lions, rhinos and elephants.

South Africa has had success in the conservation of wild lions.

Last month, however, Edna Molewa, South Africa’s environment minister, held a meeting to discuss concern about alleged irregularities at what she called “the fringe” of the “legal, well-regulated” lion breeding and hunting industries.

It is time to review captive-bred lion hunting, Hermann Meyeridricks, president of the Professional Hunters’ Association of South Africa, said in a July 24 letter to association members.

“Broader society is no longer neutral on this question and the tide of public opinion is turning strongly against this form of hunting, however it is termed,” he wrote.