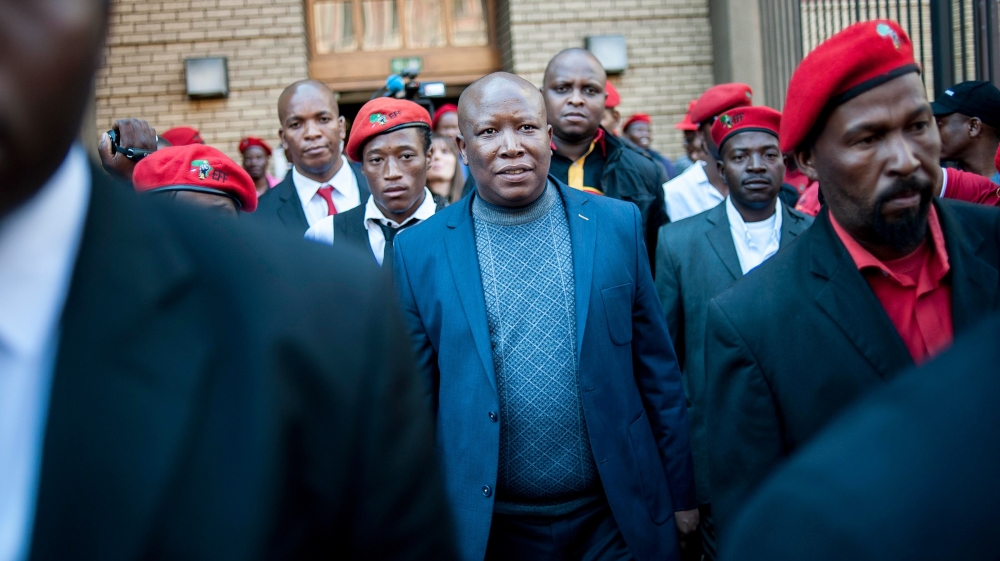 A South African court has thrown out the corruption case against Julius Malema, the leader of the opposition Economic Freedom Fighters and a former leader of the ANC youth wing, and his four business associates.

The judge said on Tuesday that he would rather dismiss the trial because another necessary postponement would be excessive after several previous delays, Al Jazeera’s Fahmida Miller, reporting from the South African city of Polokwane, where the trial was held, said.

The trial, which was supposed to begin on Monday after being adjourned in September last year, was again postponed until Tuesday because one of Malema’s four associates was too ill to appear at the court.

An outspoken critic of corruption, Malema is accused of receiving $400,000 from involvement in corrupt road construction projects.

The charges include fraud, corruption, racketeering and money-laundering. If convicted, Malema could have spent a maximum of 15 years in prison, paid a large fine and would lose his seat in parliament.

Our correspondent cautioned that although the accused are “free to go now”, they “may be charged again in the future”.

Malema and his supporters have repeatedly dismissed the allegations as politically motivated, saying his prosecution is a punishment for accusing President Jacob Zuma of corruption.

He has demanded that Zuma repay the $24m of taxpayers’ money spend on “security upgrades” at his extravagant private home.

Malema himself, along with four business associates, is accused of lying to win a public works construction contract in his home province of Limpopo, worth $4.6m.

The proceeds are alleged to have been used to help buy Malema a luxury Mercedes Benz Viano and a large farm.