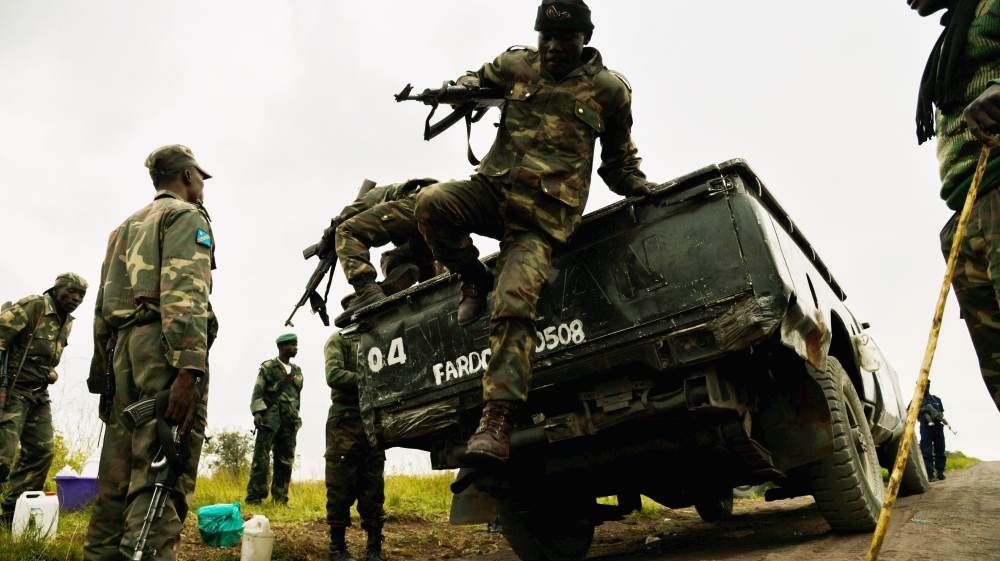 Six soldiers have been killed in the Democratic Republic of Congo’s (DRC) North Kivu province, a region where Rwandan Hutu rebels are known to operate, regional and military sources said.

The attack took place in Rugari, about 50km north of Goma, the capital of North Kivu.

“A Republican Guard jeep was ambushed in Rugari,” said Justin Mukanya, administrator of Rutshuru territory, which lies on the border of Rwanda and Uganda, on Monday.

“Six soldiers were killed by a rocket during in the ambush,” he said, indicating that the attackers had not yet been identified but that an inquiry was under way.

An intelligence officer based at the military’s regional headquarters in Goma also confirmed that six soldiers had been killed in an incident which took place between 07:00 and 08:00 GMT.

Rutshuru is one of the main areas of operation for Hutu rebels from the FDLR (Democratic Forces for the Liberation of Rwanda).

The DRC government has been under international pressure to tackle the FDLR, which is among the most intractable of many armed groups operating in the North and South Kivu provinces, displacing scores of thousands of villagers.

The Rwandan rebels, numbering between 1,500 and 2,000, are blamed for killings, rapes, lootings and the forced enlistment of children in the resource-rich Kivus, where they also traffic in timber and gold.

Sprawling DRC has been the scene of some of Africa’s bloodiest wars.

The country’s mineral-rich North Kivu region has been torn apart by conflict for more than two decades and the UN’s Congo mission has stationed most of its 20,000 peacekeepers there.