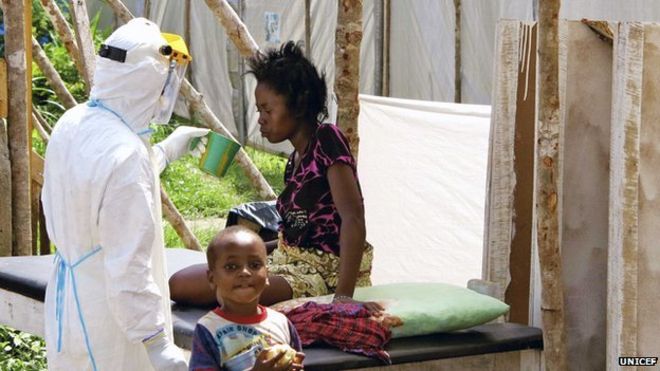 For the first time since the Ebola outbreak was declared in Sierra Leone, the country has recorded zero new infections.

There were no new Ebola cases reported last week according to the WHO. At the height of the outbreak Sierra Leone was reporting more than 500 new cases a week. Last week, for the first time since May last year, there were zero new cases. But authorities are warning against complacency. OB Sisay, Director of the National Ebola Response Centre (NERC), said: “This does not mean Sierra Leone is suddenly Ebola free. “As long as we have one Ebola case we still have an epidemic. People should continue to take the public health measures… around hand-washing, temperature checks, enhanced screening.” In Sierra Leone currently:

Restrictions on public gatherings, travel and trade have been eased in the last couple of weeks. Nightclubs and theatres have re-opened and markets are allowed to stay open for longer. “People are really happy,” said OB Sisay. “The jubilations haven’t started yet because we are constantly on the radio saying it’s not over yet, but people are extremely pleased that they are [starting to] see the end of this.” Officially though, the end of the outbreak will only be declared six weeks after the last Ebola patient either dies or tests negative for the virus. Whilst neighbouring Guinea continues to report a small number of cases, this final goal remains out of reach. Guinea identified three new infections last week. Liberia has been on zero new cases since 23 July. On Friday, President Ernest Bai Koroma lifted the quarantine on one of the last villages to be cordoned off to help stop the spread of the virus, marking the moment as the beginning of the end of the outbreak in Sierra Leone. Deadliest outbreak ]]>