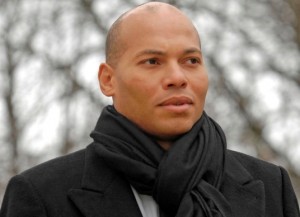 DAKAR (Reuters) – Senegal’s highest court rejected on Thursday an appeal by the son of former president Abdoulaye Wade against a six-year prison term for corruption, a setback to his hopes of contesting the next presidential election.

Karim Wade was jailed in March for “illicit enrichment” during his father’s 2000-2012 government and ordered to pay 138 billion CFA francs ($235 million) by a special court set up to fight graft in the West African state.

Wade, who has branded the prosecution a political witch hunt, was named by his father’s Senegalese Democratic Party (PDS) as its presidential candidate just before the March verdict. He denies any wrongdoing.

Senegal’s next presidential election could come as early as 2017 if President Macky Sall wins approval in a referendum due next year to reduce the term to five years from seven.

“The court analyzed the details of the appeal and rejected all of them,” said Aly Fall, a lawyer representing the Senegalese state. Outside the court, a small group of supporters shouted “Free Karim Wade”. Mame Dior Diop, coordinator for Karim’s candidacy for the next presidential election, said his supporters would wage a political campaign for his release. “We have enough shown restraint in this case. It’s high time we showed what we are capable of,” he said. Wade simultaneously ran several ministries during his father’s government, earning him the nickname “the minister for heaven and earth”. Sall was swept to power in 2012 amid popular protests against Abdoulaye Wade’s attempts to win a third term in office despite a two-term constitutional limit in a country regarded as West Africa’s most stable democracy. Sall pledged to end what he said was rampant corruption under Wade’s rule. Diplomats, however, have expressed concern about the format of the special court that convicted Wade, which required him to prove his innocence rather than vice versa.

A U.N. Working Group on Arbitrary Detention in May expressed concern over Wade’s lengthy detention before trial and over “irregularities” in the process.

Defense lawyer Baboucar Cisse said the decision came as no surprise and the Supreme Court had ignored the legal arguments put forward by his team.

“Today’s decision strips the legal system of any credibility,” he said. “What happened is not the rule of law.”