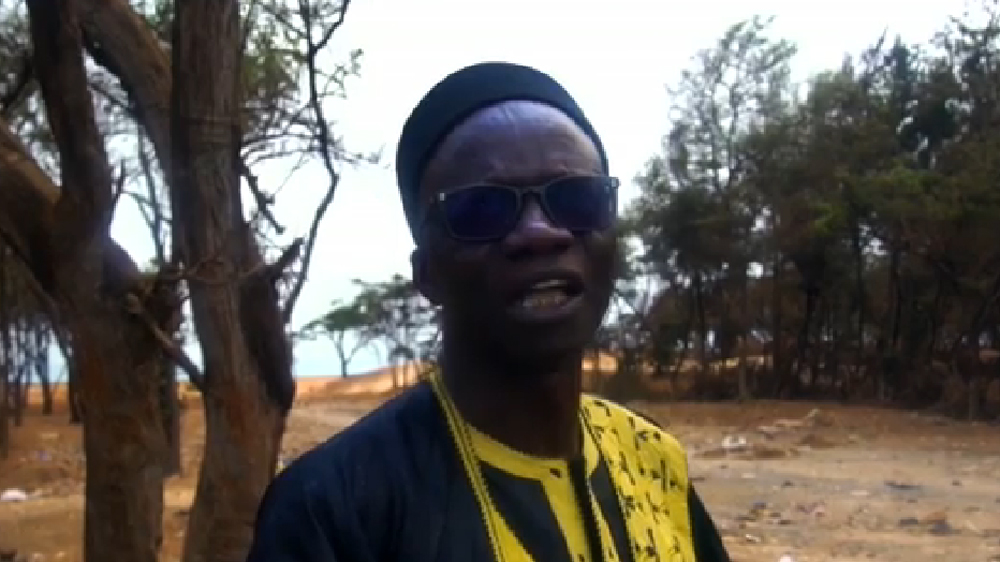 A gust of wind and plastic bags sweep into the air, in the distance the smell of rotten fish. I walk past people covering their nose, marching as if in a hurry.

Guedwaye is an overpopulated suburb of Dakar. The mosque with its freshly painted green and white walls stands immaculate, an invitation to come in.

Lugging a camera and tripod on my shoulder, I clumsily bend over, untying my shoe laces to enter the mosque.

It is hot and I am sweating. I have done this so many times before, walk into a mosque to interview worshippers and religious leaders. Every time I do, it reminds me of my first day of work in news.

It was the 10 September, 2001 in the ABC news network London bureau. I was on the night shift. By the time I left work the next day, everything had changed.

Suddenly being a Muslim, and working in journalism, was in high demand. Except I wasn’t the type to go to mosque regularly.

I went when my dad asked me to. But now my editors were asking me to attend prayers all the time, to try to dig out a story from a mosque.

In this obsession to find violence in places of worship, I travelled throughout Britain, France and Ireland, listening to sermons, looking for the unusual, the unexpected. I must have been doing my job pretty badly, because I didn’t have much to report back.

Most of time, the sermons were in Urdu, Somali, Bengalis or Arabic, and no one was calling for “jihad,” they were mostly elders calling on youngsters to pray more, a sermon from first generation immigrants to the next.

Here in Senegal, it’s different. As I walked into the mosque, Imam Sarr greeted me with open arms and a welcoming smile.

Here’s an imam openly calling for “jihad.” Not a call for violence, but a fight to protect the environment against human pollution. We join a circle of worshippers in the middle of an animated conversation.

The issue at hand: Why is it that people who attend mosque, pray five times day, fast during the holy month of Ramadan are also throwing their rubbish on the streets.

The litter is overwhelming, so much so that Senegal put a law in place to ban plastic bags, but no one is respecting the law. Piles of rubbish continue to be dumped even just a stone throw away from the mosque.

Waving his finger in the air, Imam Sarr loses his temper, raising his voice he says: “This isn’t just a local problem, it’s a global issue. One the Muslim world is ignoring!”

Everyone pauses, throwing the mosque into sudden silence.

Had he gone too far, or was he addressing an uncomfortable truth? No one followed on this, but it got me thinking.

In my head, I thought about my work, of all the stories I had done before, of the places I had gone to, and the people I had met, here in Africa and in Asia. Pollution, whether on the ground or in the air, affected so many.

The UN estimates that 23 million people were displaced because of rising temperatures and sea levels due to the carbon emission in the atmosphere in 2013 alone. Many of those suffering are from poor Muslim countries from Africa’s Sahel region, and far fetched corners of Asia.

According to the World Health Organisation, the world’s top six countries with the worst pollution in the air are Pakistan, Qatar, Afghanistan, Bangladesh, Iran and Egypt. All are Muslim countries.

Grass root organisations, like Green Muslims, or the Islamic Foundation for the Environment, are trying to address this issue and raise awareness.

Scientists predict 100 million people will die by 2030 if the world does not tackle climate change.

Many argue the events of September 11, 2001, define my generation. I would say that protecting the environment and pollution are really the challenges of our time.

As I walk out of the mosque into the open streets, Imam Sarr pats me on the back, apologising for losing his temper, “one last word,” he says. “Protecting the environment is a moral calling; a message worth spreading.”