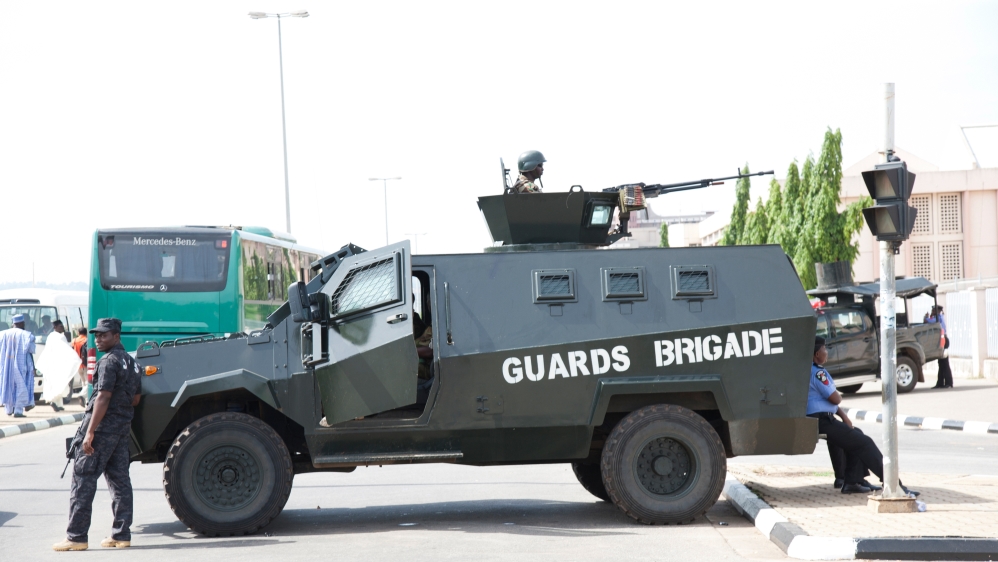 A blast in northeastern Nigeria’s Borno state has killed at least 47 people and injured another 52, according to a military source and a civilian joint task force member.

The explosion, in a region where hundreds of people have been killed in attacks by suspected members of Boko Haram in the last few weeks, struck the town of Sabon Gari at around 1.30pm local time on Tuesday, the sources said.

Al Jazeera’s Ahmed Idris, reporting from the city of Kano, said the attack happened close to a cattle market.

“According to sources in the area, this attack was carried out by a female suicide bomber who detonated her device,” he said.

He said security is very tight in the area at the moment as an operation by the Multi-National Task Force, a coalition of African countries fighting Boko Haram, is ongoing.

“We have received at least 47 dead bodies and at least 50 with injuries from the Sabon Gari market, where there was a blast this afternoon,” a nurse at Biu General Hospital, around 50km away, told AFP news agency.

He said the injuries from the blast are mostly “severe” and that the death toll was expected to rise.

“The explosion happened inside the market at the mobile phone section, near the livestock section of the market,” said Yuram Bura, a member of a local vigilante group fighting Boko Haram alongside the army.

“It was concealed in a napsack used for spraying herbicides. It was smuggled into the market and apparently abandoned. This is no doubt the handiwork of Boko Haram.”