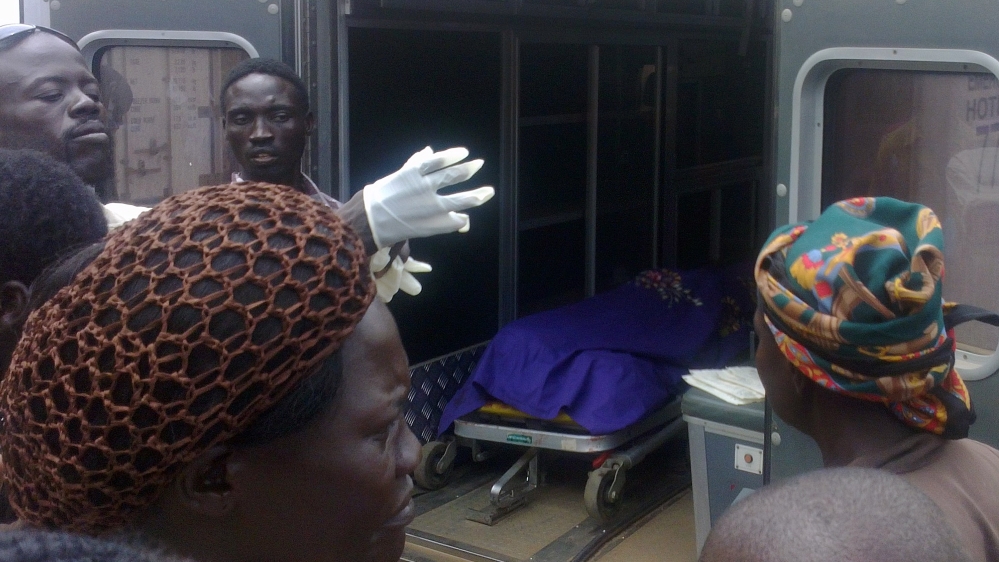 Assailants have reportedly shot dead a reporter for the New Nation newspaper in South Sudan in an apparently targeted attack, days after President Salva Kiir allegedly made a thinly veiled threat to target journalists who reported “against the country”.

Colleagues, who gathered at the hospital in the capital Juba where Moi Peter Julius’ body was taken on Thursday, said the reporter’s money and his telephone were reportedly not taken by the gunman after the killing.

Julius is the seventh journalist killed this year, in a country devastated by a prolonged conflict between government forces and armed groups.

“This was an intentional killing,” said Oliver Modi, chairman of the Union of Journalists of South Sudan.

‘This country has killed people’

As he left for peace talks in neighbouring Ethiopia on Sunday, Kiir reportedly told reporters: “Freedom of the press does not mean you work against the country,” according to the Committee to Protect Journalists (CPJ).

“If anybody among them [journalists] does not know that this country has killed people, we will demonstrate it one day, one time.”

There was no immediate response to Julius’ killing from the police or security forces.

Tom Rhodes, the east Africa representative for CPJ, told reporters that the killing would make the media’s work harder at a time the public needs information on the search for a peace settlement.

‘Taken one by one’

Five journalists working for state-run media were shot dead along with government officials in January in an ambush by unknown gunmen in Western Bahr al Ghazal state.

Another journalist was killed in May in eastern Jonglei state, reportedly in cross-fire during a gun battle between rival groups.

“Today it is Peter, tomorrow is someone else,” Modi said. “We are being taken one by one.”

Rights groups have repeatedly warned about the security forces cracking down on journalists and suffocating debate on how to end a civil war in which tens of thousands of people have been killed.

“More and more independent voices are being silenced in South Sudan at this critical time in the country’s history, when the public desperately needs independent, impartial information,” said Rhodes.

Condemning the “senseless killing” of Julius, the CPJ said his death “will inevitably cast a pall over journalists in South Sudan, inducing them to self-censor as a means of survival”.

Earlier this month, security forces shut down two newspapers and a radio station after they reportedly promoted a proposed peace agreement that the government has since dismissed as a “sellout”.

South Sudan’s civil war began in December 2013, when Kiir accused his former deputy Riek Machar of plotting a coup, setting off a cycle of retaliatory killings that has split the poverty-stricken country along ethnic lines.

The government of the world’s youngest nation on Monday refused to sign a power-sharing deal signed by rebels, despite the threat of sanctions and mounting international frustration at the failure to seal a peace accord.

The government said it will return to the talks in Ethiopia in early September after consulting with the people, to “finalise” a peace deal.

On Wednesday, the US proposed that the UN Security Council impose an arms embargo on South Sudan after Kiir’s decision not to sign the peace deal.