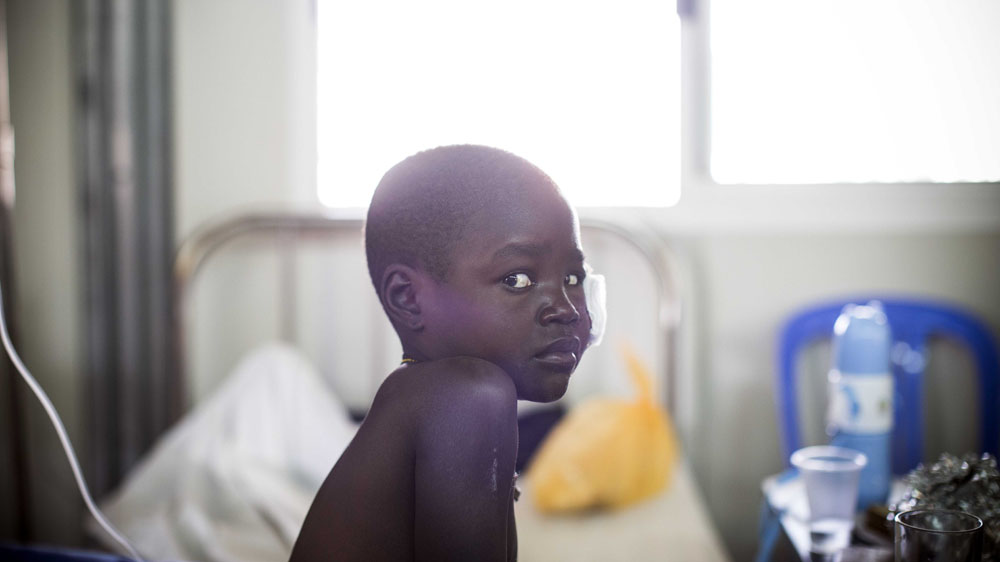 Human rights organisations and foreign governments have expressed disappointment at the African Union’s decision not to publicise the findings of a report into atrocities committed during South Sudan’s ongoing civil war.

The AU Commission of Inquiry on South Sudan was set up to investigate human rights violations and other abuses since the outbreak of fighting in the country in December 2013.

It reported its findings at a meeting of the AU Peace and Security Council (PSC) in Addis Ababa on July 24.

Controversially, though, the AU decided that instead of releasing the report to the public, it would be reviewed by another AU sub-committee, which will then submit its own recommendations to the AU heads of state at a meeting set to take place by the end of August.

“It is very, very disappointing,” said Skye Wheeler, a South Sudan researcher for Human Rights Watch. “The South Sudanese people desperately need this report. They have a right to see this report made public.”

Nyagoah Tut, a campaigner on South Sudan for Amnesty International, agreed. “We are disappointed and frustrated.”

“Publishing this report would be an indication to the warring parties that continuing atrocities will not be tolerated,” he said.

War broke out in South Sudan in December 2013 when a political dispute between the president, Salva Kiir, and the former vice president, Riek Machar, escalated into a bloody conflict with a tribal dimension. Kiir is a member of the Dinka, the largest tribe in the country, while Machar is from the second-largest tribal constituency, the Nuer.

The murder of hundreds of Nuer in December 2013 by government-aligned soldiers in South Sudan’s capital, Juba, sparked a succession of tribal vengeance killings from both sides.

The AU Commission of Inquiry was designed to help bring an end to the atrocities. Human rights campaigners fear that a delay in the publication of the report makes it more likely that the cycle of reprisals and counter-reprisals will continue.

“The whole world has been waiting for this report for more than year,” said Wheeler. “It has delayed any efforts to provide internationally assisted accountability. Time and again, civilians have been attacked, partly out of revenge for previous killings. The pain from this continues to drive this brutal conflict,” she said.

In late July, Human Rights Watch published findings in its own report of war crimes committed during a government offensive in South Sudan’s Unity state in April and May 2015.

A separate investigation by the UN Mission in South Sudan reported “allegations of rampant killing, rape, abduction, looting, arson and displacement” in the conflict areas.

Recent fighting was marked by a “new brutality and intensity, including such horrific acts as the burning alive of people inside their homes”, the UN report showed. More than 100,000 civilians were forced to flee their homes, according to the investigation.

A disruption to peace?

The publication of the AU Commission of Inquiry report has been repeatedly delayed on the grounds that it might disrupt talks around the creation of a unity government to bring an end to the conflict.

The commission was originally due to report its findings in June 2014, but asked for an extension to complete its investigations.

Publication was rescheduled for January 29, 2015, but three PSC members blocked its release, saying it should be deferred until a peace agreement was finalised.

“The fact that African leaders conspired to stop the report from being made public was a very serious blow to justice and accountability for the people of South Sudan,” said Wheeler.

Several rounds of peace talks mediated by the Intergovernmental Authority on Development (IGAD) since January 2014 have come to nothing.

The latest deadline for a deal is August 17.

“After 18 months of fighting, not only is peace as far away as ever, but the conflict is intensifying,” said David Deng, director of research at the Juba-based South Sudan Law Society.

“By shelving the report, the AU is emboldening those who are responsible for terrible acts of violence against civilians and making longer term reconciliation and healing all the more difficult,” Deng said.

Foreign governments are also applying pressure on the AU to release the report.

“We’ve consistently called for the report to be made public,” a spokesperson for the UK’s Foreign and Commonwealth Office told Al Jazeera.

“It’s important this is used to start a proper debate about how to ensure accountability for the people of South Sudan,” the spokesperson said.

“We have called for the release of their report and look forward to seeing their recommendations,” a US state department spokesperson told Al Jazeera. “We support the desire of everyday South Sudanese to see justice served in a credible and fair way.”

The report and its iterations

There have been other complaints about the AU process.

The Sudan People’s Liberation Movement in Opposition (SPLM-IO), the opposition fighting force nominally led by Machar, has complained about the involvement of Uganda in the ongoing discussions of the report. Uganda has been instrumental in providing military support to the war effort of the government of South Sudan.

The SPLM-IO also complained that the opposition forces were treated unfairly. The government of South Sudan was given the opportunity to review the report when it was invited to the PSC meeting on July 24, whereas the SPLM-IO did not receive a copy of the commission’s report until July 30.

There are suspicions that the latest version of the report has been watered down as compared to previous iterations.

South Sudan’s Minister of Foreign Affairs Barnaba Marial Benjamin said that the report hadn’t provided any “evidence of genocide”, and that the government welcomed a report that “reflected the truth and reports about real events”.

A report leaked in March 2015, a copy of which was obtained by Al Jazeera, described the massacre of Nuer civilians in Juba in December of 2013 as “ethnic cleansing”. It also recommended the formation of a “transitional government that excludes those politically accountable for the crisis”.

This report was authored by Mahmood Mamdani, a Columbia University Herbert Lehman Professor of Government MESAAS, International Affairs, and Anthropology, as well as a member of the AU Commission.

The AU has denied the report was produced by the commission. But a member of the commission, who has asked to remain anonymous, confirmed in emailed comments to Al Jazeera that it was a “draft for internal discussion”.

An interim report published by the commission in June 2014, said that it had found “mass graves, as well as many individuals who allege having suffered or witnessed commission of crimes, including sexual- and gender-based violence”.

Pressure is mounting for an immediate end to impunity for human rights abuses in South Sudan.

“The AU cannot be allowed to continue to hold hostage justice and reconciliation in South Sudan for fear of offending the sensibilities of perpetrators of gross human rights abuses,” said Deng.

“If the AU is not up to the task, they should step aside and make way for UN backed investigations