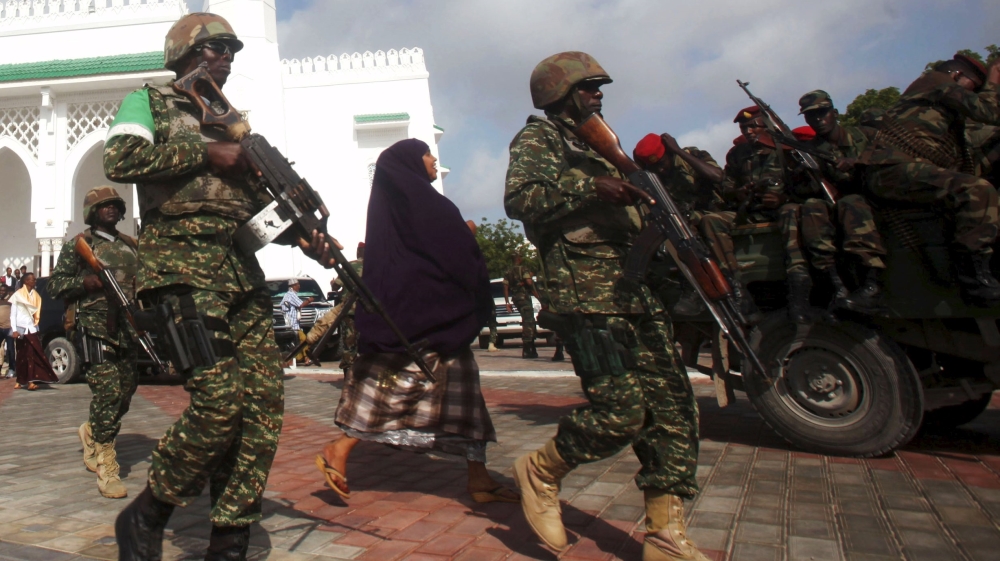 Human Righs Watch (HRW) is demanding an independent investigation into the alleged killing of six men at a wedding party in Somalia by African Union troops from Uganda.

Witnesses told the US-based rights group that men were separated from women during a July 31 celebration and shot dead.

The incident happened shortly after a bomb attack on a convoy carrying Ugandan peacekeeping forces through the port town of Marka.

According to a statement released on Friday, witnesses told HRW that Ugandan forces then entered several nearby houses in Marka’s Rusiya neighbourhood.

“At one house, where the Moalim Iidey family was celebrating a wedding, the soldiers separated the men from the women and shot the six adult men – four brothers, their father, and an uncle,” the report said.

“Four died immediately, one brother hid under a bed after being shot but later died, and the father died during the night after the soldiers allegedly refused to allow the family to take him to the hospital.”

The African Union mission in Somalia (AMISOM) says it remains committed to addressing the charges against its troops.

“Considering our commitment to upholding our human rights’ obligations in the conduct of our operations, in response to the rash of allegations coming out of Marka, and in line with laid down administrative procedures, the officer in charge of the troop detachment in Marka has been recalled for questioning as a prelude to a possible further investigation,” AMISOM said in an August 4 statement.

HRW said “the Ugandan government should fairly prosecute any of its soldiers responsible for criminal offenses”.

The allegations of killings at the wedding are not the first time AMISOM troops have faced accusations of wrongdoing.

Laetitia Bader, a Horn of Africa researcher at HRW, told Al Jazeera that in the past AMISOM investigations have often relied heavily on internal sources.

“For these [investigations] to really be credible, they have to speak to eyewitnesses, to some of the survivors who we have been speaking to,” said Bader.

She said this would require time and resources from AMISOM, but “there also has to be the political will to protect survivors and witnesses … who have all said to us they’re very scared about reprisals”.

Earlier in July, locals and a health worker told Al Jazeera that at least 24 civilians had been killed in Marka after AMISOM troops opened fire on unarmed residents.

In a statement published on its website, AMISOM said it strongly refuted the allegation it killed civilians, instead saying it had engaged fighters from al-Shabab in a gun battle.

Last year, AMISOM soldiers were accused by residents and officials of firing on protesters in Marka, injuring at least six people and damaging dozens of properties.

Currently about 22,000 troops from Burundi, Uganda, Kenya, Ethiopia, and Djibouti are in Somalia to battle the al-Qaeda-linked group al-Shabab, which often carries out deadly attacks in southern and central Somalia.