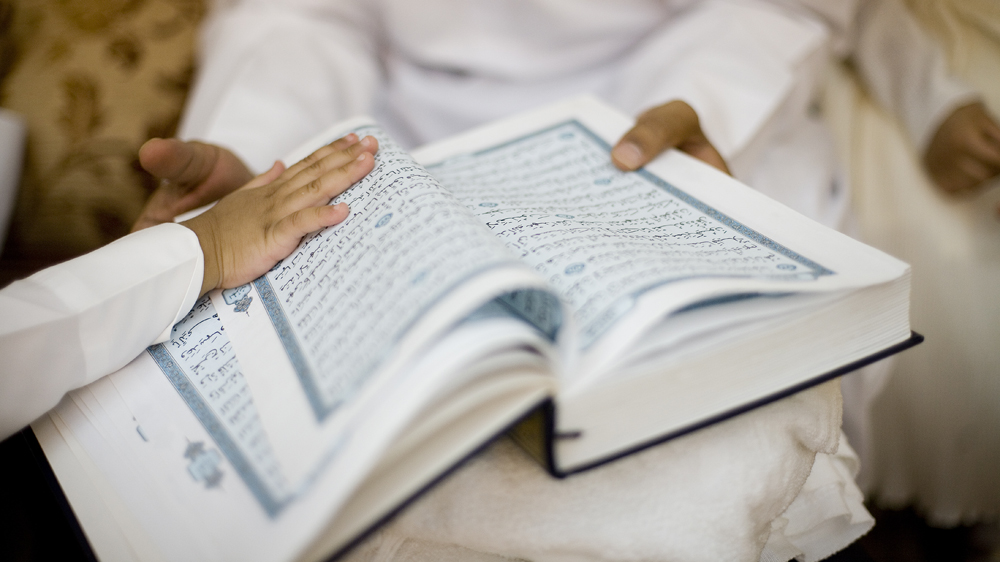 Sheikh Deedat was a charismatic, self-taught Muslim scholar from South Africa, most famous for engaging Christian evangelists in public debate. In 1986, he debated Jimmy Swaggart and even challenged the late Pope John Paul II to a debate in the Vatican Square.

His son, Yousuf Deedat, calls him a “lion of the stage”.

But while Sheikh Deedat was most famous for his sharp and impassioned debating style, he was also a prolific writer.

He published more than 20 books and wrote free literature and pamphlets, of which millions of copies were distributed across the globe.

Many of his publications were translated into other languages, and in 1986 Saudi Arabia awarded Deedat the King Faisal Award for his services to Islam.

This impressive body of work made Ahmed Deedat a celebrated figure in the Muslim world.

Yousuf Deedat recalls how former South African President Nelson Mandela called his father during a presidential visit to Saudi Arabia in 1994, telling him that wherever he went, people inquired about the Muslim scholar.

“When he met youngsters, they all used to ask him: Mr Mandela, how is Sheikh Deedat? And when he went on television interviews, the first question the presenter would ask is: How is Sheikh Deedat in South Africa?”

August 8 marks 10 years since Deedat’s death of kidney failure at the age of 87. He was bedridden for the final 10 years of his life, after suffering a stroke that left him paralysed and unable to speak.

Though doctors initially gave him little chance to live, Deedat continued to engage in religious work until his death – communicating by using a grid of the alphabet, which he used to spell out words letter-by-letter by signalling with his eyes.

Such tenacity was a defining characteristic of his life.

An Indian immigrant who moved to join his father in the South African city of Durban at the age of nine, Deedat proved himself an excellent student before poverty forced him out of school and into work.

Without formal education past age 16, “he was self-taught through experience and a penchant for reading, debating, discussion, and a profound sense of commitment to a mission and goal”, according to the Islamic Propagation Centre International (IPCI) website, an organisation Sheikh Deedat started with a close friend Goolam Hoosein Vanker.

Another of Deedat’s childhood friends, IPCI board member Ebrahim Jadwat, explained that he “was constantly testing, rehearsing his ideas and speeches with us at every occasion”. To further refine his thinking and arguments, Deedat immersed himself in studying and memorising the Bible, as well as the Quran.

His books such as Crucifixion or Cruci-Fiction? and What the Bible Says About Muhammed challenged Christian beliefs and proposed alternative interpretations of the Bible.

Deedat even called for Muslims to revisit their faith, and saw Christian challenges to Islam on the content of the Quran as a way of strengthening the religion to which he devoted his life.

In one of his lectures, Deedat announced, “[Christians] are actually forcing us to read the Quran. Without these people we are still carrying on – chanting away, chanting away – without knowing what we are chanting. They are now waking us up.”

According to University of Cape Town’s Abdulkader Tayob, Deedat’s work represented a new way of da’wah, or preaching Islam.

This was “very different from the past, and certainly more akin to Christian groups,” said Tayob. “This is not good or bad – but worth reflecting on.”

Tayob also expressed admiration for how Deedat’s work gave a sense of pride to “non-white” Muslims in apartheid-era South Africa.

Indeed, Deedat’s international acclaim indicates that he had a similar effect on the morale of Muslims worldwide.

In France, the sale and distribution of Deedat’s writings were banned in 1994 for what was described as a violently anti-Western, anti-Semitic tone inciting racial hatred.

And in Australia, where Deedat gave a tour shortly before his stroke, Franca Arena – a member of New South Wales’ legislative council – gave a speech on racism, in which she claimed that during his tour, Deedat “indulged in Bible-bashing and incited racial hatred”.

The building housing the IPCI was originally named the Bin Laden Centre, after the family contributed a sizable donation for its construction.

In the aftermath of the September 11 attacks, the name brought notoriety to the organisation.

But Yousuf Deedat maintains that his father’s mission was a peaceful one. He likens the elder Deedat to Mandela for his firm belief in open and sincere dialogue.

“Today, that concept is fading. That’s why today you have pockets of [radicalisation] like ISIL. None of their leaders want to have a discussion with other members of government or religion. And that is the legacy of [Ahmed] Deedat. He was a promoter of free speech and dialogue,” Yousuf Deedat said.

Sheikh Deedat’s own words are telling in this regard. Examining the relationship between violence and religious conversation, he stated: “He who takes his sword and tries to propagate with that will do little for him[self]”.

Instead Deedat proclaimed that the Quran urges Muslims to “invite all to the ways of the Lord with wisdom, the sword of the intellect … and with beautiful preaching; and reason with [cynics] in the ways that are best and most gracious. This is the sword.”