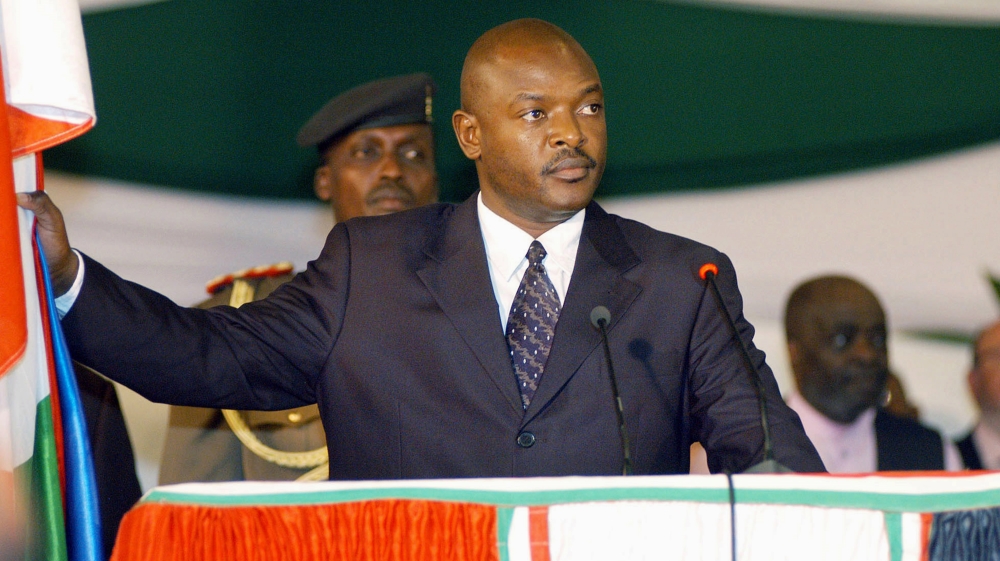 Pierre Nkurunziza has been sworn in as Burundi’s president for a controversial third term in power, the presidency has said, following last month’s disputed elections boycotted by the opposition.

Nkurunziza took the “oath for a new term of five years”, the presidency said in a statement, in a surprise ceremony on Thursday, announced only a few hours in advance. His previous tenure was slated to end on August 26.

His third term has been condemned as unconstitutional by the opposition and provoked months of protests. In mid-May, rebel generals attempted a coup, which failed.

The United Nations observer mission said the vote last month was not “inclusive, free and credible” and was held “in an environment of profound mistrust” between political rivals.

Nkurunziza won 69.41 percent of the vote, an immediate first round victory.

Related: The refugee children of the Burundi crisis

Burundi’s constitution only allows a president to be elected twice – for a total of 10 years in power – but before these polls Nkurunziza argued he had only been directly elected by the people once.

At least 100 people have been killed since Nkurunziza announced he would run for a third term in April.

AU chief Nkosazana Dlamini-Zuma on Sunday called for “utmost restraint” by all sides, warning of potential “catastrophic consequences” for troubled Burundi and the wider region if rivals do not resolve political differences peacefully.

Opposition parties say the third term is illegal, while the African Union, European Union and the US State Department have all said that July’s election was not free nor fair.