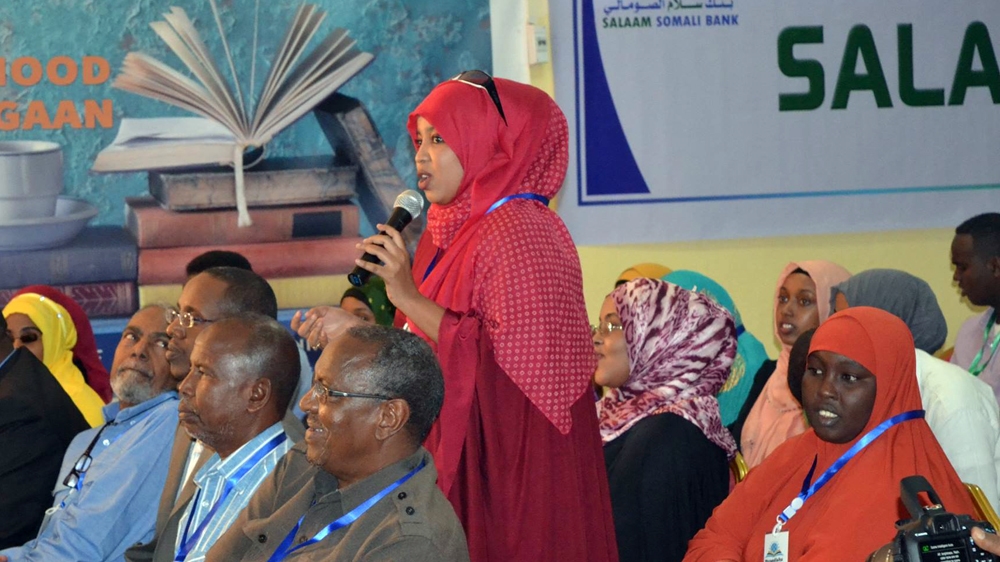 The Somali capital, Mogadishu, is hosting an international book fair, the first such event in the city in more than two decades.

Authors, playwrites, poets, artists and musician have travelled from across the world to attend the three-day event that was also guested by the Somali President Hassan Sheikh Mohamud.

“We are holding this fair to revive the culture of writing and reading in our country. Another aim is to connect local writers with their counterparts from abroad so they can exchange ideas.” Mohamed Diini, the event organiser, told Al Jazeera by phone from Mogadishu.

“More than 30 writers are gathered here. We brought 3,000 books to the event including three books written by an extremely talented 16-year-old author.”

The fair in the seaside capital is expected to attract more than 1,000 people on each of the three days.

“There is a beautiful buzz in the city. Everyone I met is inspired by the event. I met young people who were asking me how they can publish their first books. It is inspiring to see the next generation of Somalis talking about books and the future looks great.” Mohamed Artan, a publisher who travelled from Leicester in the UK, told Al Jazeera from the event.

“It is my seventh time in Mogadishu,” Mohamed Omer, an inspirational speaker from Hargeisa in the breakaway northern region of Somaliland, said, “This time it is different. So much creativity and talent displayed in one place. Everyone is happy and smiling. It is beautiful being here.” Omer added.

Somalis on social media have also been caught by the buzz, sharing photos and terming the event “books over bullets” and “Somalia rising”.

Organisers told Al Jazeera the book festival will be an annual event.

“Next year will be bigger and better, God willing.” Diini, the organiser, said.