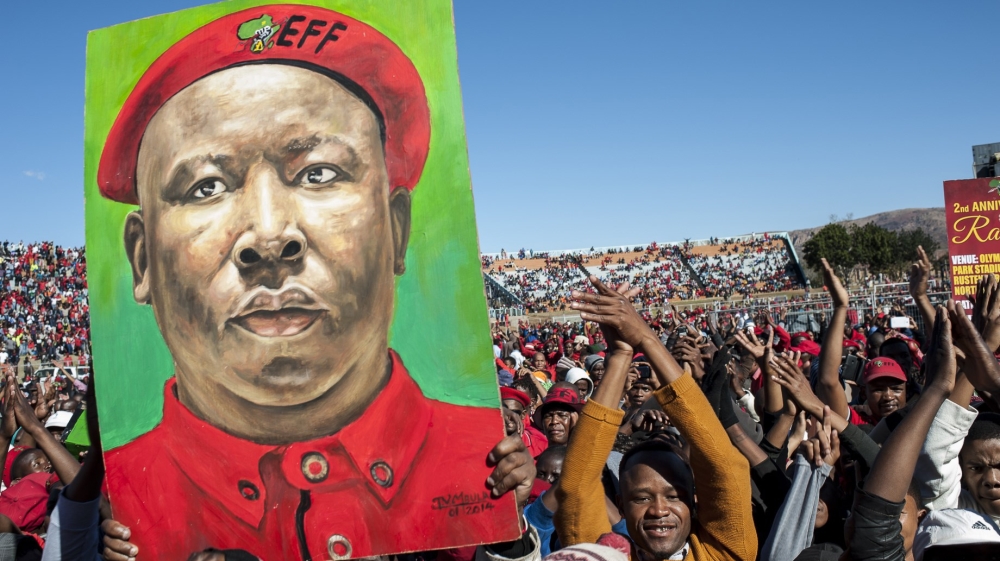 The trial of Julius Malema, the leader of the opposition Economic Freedom Fighters and a former leader of the ANC youth wing, is set to resume in a South African court after being postponed from last September.

An outspoken critic of corruption, he is accused of receiving $400,000 from involvement in corrupt road construction projects. The charges include fraud, corruption, racketeering and money-laundering.

If convicted, Malema could spend a maximum of 15 years in prison, pay a large fine and lose his seat in parliament.

Malema and his supporters have repeatedly dismissed the allegations as politically motivated, saying his prosecution is a punishment for accusing President Jacob Zuma of corruption.

He has demanded that Zuma repay the $24m of taxpayers’ money spend on “security upgrades” at his private extravagant home.

Malema himself, along with four business associates, is accused of lying to win a public works construction contract in his home province of Limpopo, worth $4.6m. The proceeds are alleged to have been used to help buy Malema a luxury Mercedes Benz Viano and a large farm.