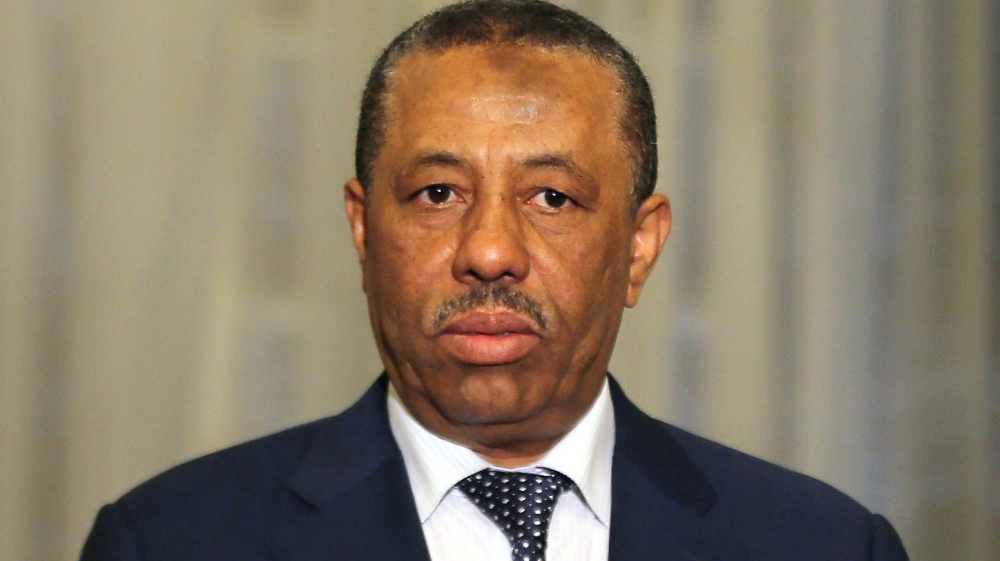 Libya’s internationally recognised prime minister has said in a television interview that he will resign after the station confronted him with questions from angry citizens criticising his cabinet as ineffective.

Abdullah al-Thinni has been based in the eastern city of Tobruk since his government fled Tripoli a year ago after the capital Tripoli was seized by an armed group that set up a rival administration, part of chaos gripping the oil producing nation.

“I officially resign and I will submit my resignation to the House of Representatives on Sunday,” Thinni told Libya channel, a private TV station in an interview broadcast late on Tuesday.

His cabinet, working out of hotels, had struggled to make an impact in the remote eastern city of Bayda, while citizens complained about chaos, shortages of fuel and hospital drugs as well as a worsening security situation.

Ministries and key state buildings in Tripoli are under control of the rival administration, which has not been recognised by world powers.

During the TV interview, Thinni became angry when the host presented him with questions he said he had collected from viewers who criticised Thinni for a lack of security and aid for people displaced by Libya’s chaos.

When the presenter asked Thinni what he would do if there were protests, he said: “People do not need to protest against me because I officially resign from my position.”