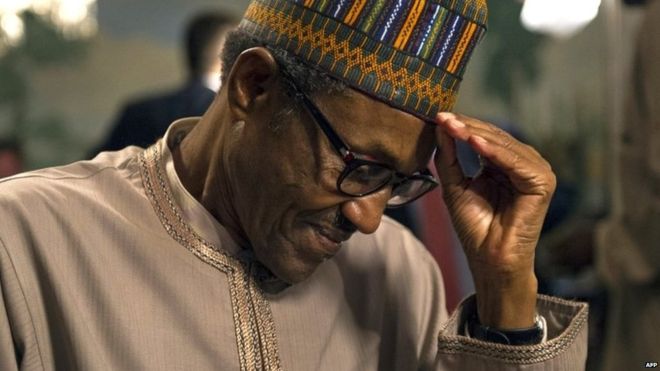 It is now three months since Muhammadu Buhari was sworn in as president of Nigeria and five months since he won historic elections, the first time an opposition candidate had won. His victory generated huge celebrations and expectations of a new beginning, with many anticipating dramatic changes to follow, and analysts urging him to “hit the ground running”. Most Nigerians expected President Buhari to shake up the security services and make other key appointments in his first few days – as former President Olusegun Obasanjo did within hours of his inauguration in 1999. But it took nearly two months for him to replace his security chiefs and so far he has only made appointments in about a dozen government offices. When commentators began to get agitated about the lack of a cabinet, a former newspaper editor and unofficial aide to the president wrote an article entitled What is all the fuss about? [caption id="attachment_20236" align="alignright" width="624"] 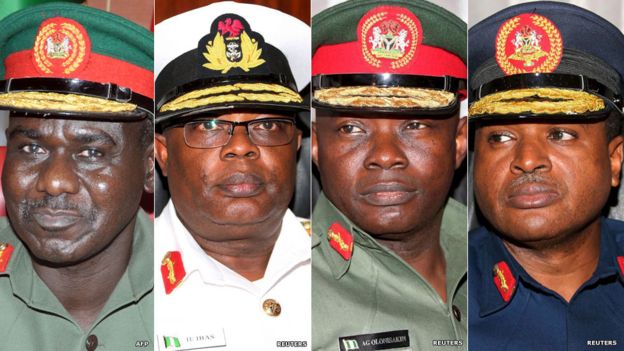 There is now a new line-up of military chiefs tasked with defeating Boko Haram militants[/caption] He urged the press, social media and others to focus on the “real enemies of Nigeria: poverty, ignorance, disease and squalor” and not stand in the way of “the most popular president in our history”. “The new government came into power through people’s power…. Therefore, its duty should be to constructively plan and execute people’s policies and not worry too much about who gets what post,” he said. He is right up to a point – though the new democratic halo around President Buhari does make it difficult for many to publicly criticise him.

A leak from the highest level then said there would not be a cabinet before September. The justification, according to the source, was that “almost everything is in a state of decay”. “There is absolutely no way the new government can hope to achieve anything long-lasting without first building a new foundation.” This was followed by an opinion article by President Buhari published in the Washington Post to coincide with his visit to the US last month, making further justifications about why the task “should not be rushed”. “It is worth noting that [US President Barack] Obama himself did not have his full cabinet in place for several months after first taking office; the United States did not cease to function in the interim,” he said. “In Nigeria’s case, it would neither be prudent nor serve the interests of sound government to have made these appointments immediately on my elevation to the presidency; instead, Nigeria must first put new rules of conduct and good governance in place.”

‘Keeps things close to his chest’

The commentators are now learning to live with President Buhari’s pace of governance. He has been dealing directly with the top civil servants, who run the ministries. Though it is not only the cabinet that is not yet in place. Just after he took office in May, the senate said he was allowed to appoint 15 special advisers. Yet only a few have been appointed and there is currently no adviser on the national assembly to serve as a link between the executive and legislature. [caption id="attachment_20237" align="alignleft" width="624"] 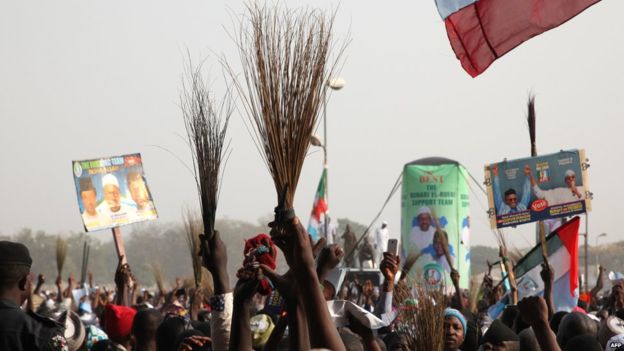 Supporters of Muhammadu Buhari expect a clean sweep and want him to bring change[/caption] This could be seen as a mistake given the current friction between the presidency and the senate over the election of the chamber’s president, who was not the ruling party’s chosen candidate. Meanwhile, it is the politicians who are suffering most from the lack of a cabinet. On a visit to a newspaper a few days ago, a spokesman for the ruling All Progressives Congress (APC), Alhaji Lai Mohammed, admitted that no-one in the party knew when the appointments would be. “The president I know has kept this thing very close to his chest.” However, it is not only the politicians who are in a limbo. Many sectors of the economy await policy direction. Following Mr Buhari’s pledges to make tackling corruption a priority, they want clarity on how to proceed. This is also making foreign investors wary. So while it is clear that President Buhari has shown that Nigeria can run without a cabinet, there may be an unacknowledged cost. On the bright side, with the briefings he is getting from civil servants, the ministers, when they are eventually appointed, will find that their boss knows more about their departments than they do – and that should keep them on their toes. *Source BBC]]>