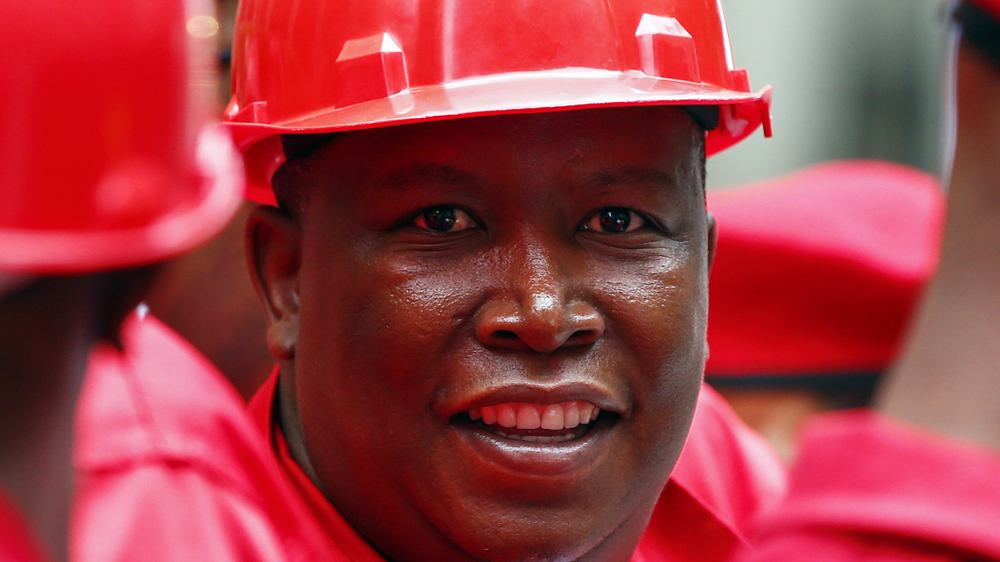 Julius Malema says he wants his day in court.

It’s been a long time coming, after investigations began into allegations of corruption, four years ago.

Malema is a shareholder in a company accused of illegally obtaining a government contract worth over $4m.

The state alleges the company misrepresented itself by claiming to have nine years experience in project management, when it was only established two months before winning the government tender.

Malema is also accused of influencing the awarding of the tender and later receiving compensation for it through his Ratanang family trust.

Malema is now facing over 54 counts, including money-laundering, corruption, racketeering and fraud.

After several postponements of the trial, the political leader is still waiting to clear his name.

Monday’s court proceedings were adjourned after one of Malema’s co-accused failed to attend due to illness.

Malema wants the charges separated to allow his trial to continue.

Malema is not the first high-profile politician to face these charges, but to his supporters, Malema is innocent and facing political persecution.

These are the same supporters who back Malema when he calls for South Africa’s President Jacob Zuma to face corruption allegations linked to the multimillion-dollar upgrade of his private residence, financed by taxpayers.

The trial, when it does finally resume will bring the growing problem of corruption, specifically involving political leaders into the spotlight.

If Malema is found guilty of the charges, he faces a maximum of a life sentence.

On Tuesday, Judge Billy Mothle is expected to rule on the whether or not the charges will be separated and if Malema will have his day in court, sooner rather than later.

Juju [Malema], as he is popularly known, says he has nothing to hide.