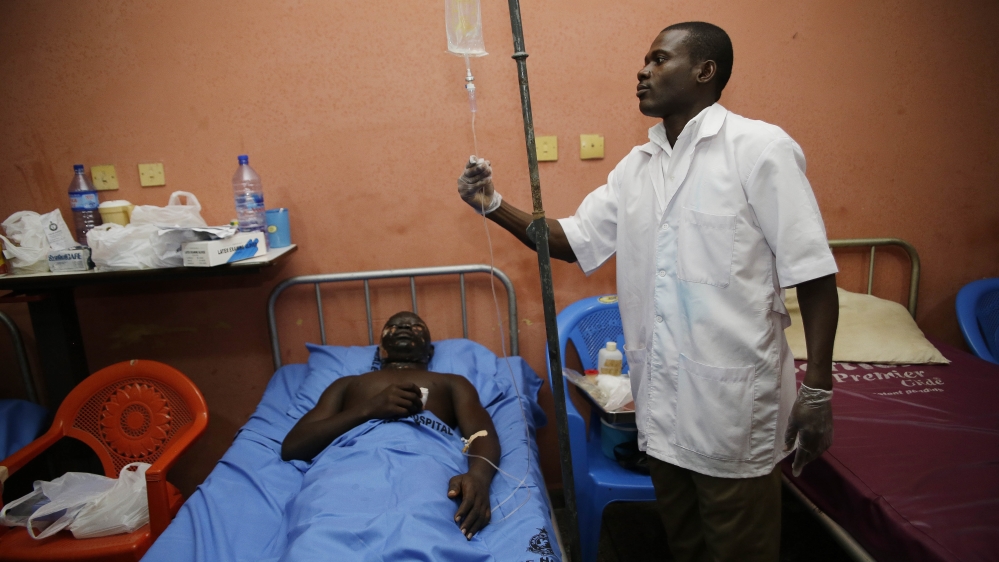 Ghana plans to bring in more than 170 doctors from Cuba to help mitigate the deficiencies from a crippling strike by medics over pay and training.

Health Minister Alex Segbefia said on Wednesday that several people have died without proper emergency attention since the strike began early this month.

About 2,800 public sector doctors started withdrawing services to out-patient departments before extending the strike to emergency wards. Staff at the police and military hospitals that have remained open in the capital say they have been stretched thin as civilians come there for emdical services.

The government says the strike, led by the Ghana Medical Association union, is illegal and that it will only negotiate when the medical staff, striking over perceived poor working conditions, return to work.

Segbefia said there is no set date for the Cuban doctors to arrive, but plans have begun.

“We were in the process of bringing in 177 doctors and this process is ongoing,” Segbefia told a news conference late on Tuesday.

“As we work to protect lives and restore normalcy, we are also retaining all the Cuban doctors who have completed their rotation and were programmed to leave for Cuba any time soon.

He said Ghana has a long standing arrangement with Cuba and other countries, bringing in doctors every year bolster the country’s health system.

Thousands of Cuban doctors and health workers are stationed in countries in Africa and Latin America under government-to-government contracts that have become an important source of hard currency as well as diplomatic good will.

The minister added that some of the new doctors would be deployed to specialist teaching hospitals where the strike “is felt more”.

The striking doctors are demanding housing, clothing and fuel allowances for senior staff, as well as company cars.