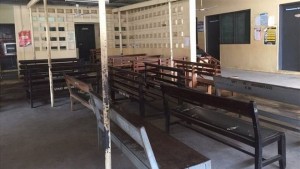 Ghana is planning to recruit 177 doctors from Cuba to work at state-run hospitals hit by a doctors’ strike, Health Minister Alex Segbefia has said.

The government would also retain Cuban physicians currently in the country whose contracts had expired, he added. Negotiations between the government and doctors to end the three-week strike have broken down. A policy of no-work-no-pay would be applied on those who refused to return to work by Thursday, the minister said. The minister did not say when the recruitment would start. However, Mr Segbefia appealed to the doctors to reconsider their position and return to work for negotiations to resume. The government said it would only resume talks when the doctors returned to work. The striking doctors want free postgraduate medical education, better retirement packages and increases in clothing, fuel and maintenance allowances. Other demands include a request for free overseas healthcare for services not available in Ghana, and the right to import vehicles into the country free of duty. The BBC’s Sammy Darko in the capital, Accra, says the strike has mainly affected large teaching hospitals. It has also put enormous pressure on military and police hospitals, which are treating emergency cases, he adds. All Ghanaians can have access to free state healthcare if they register with the National Health Insurance Authority. Government officials have advised people needing urgent medical attention during the strike to go to private clinics and show their health insurance cards. It is not clear whether those who have done so have received free medical care. *Source BBC]]>